“Imploding the Mirage” is The Killers’ sixth effort, which feels like more than just a triumphant new record but a dazzling return to the familiar, glamorous indie rock sound that came to define them at their best.

The Killers deliver yet another exploration of their hometown of Las Vegas and the characters that inhabit it in 10 anthemic tracks. The record oozes with the nostalgic yet modern indie-Americana sound that came to define their style since their sophomore album, the Springsteen-infused “Sam’s Town.”

Brandon Flowers and the rest of the band embraced their strengths and doubled down on the huge sounds of bright synthesizers, roaring backbeats and grandiose guitars that permeate the rest of the record.

They ditched the typical song structure for more forward-looking songs, more concerned about melodic and excellently mixed build-ups that climactically burst in unforgettable and catchy choruses.

The many instruments blend seamlessly with each other as climaxes are built and layer upon layer is improved harmoniously without drowning any sound. The eruption of a grandiose chorus feels like an earned achievement and not like a forced part of a song.

Lyrically, however, the album fails to impress or improve on their repertoire. Flowers is known for more ironic and flashy lyrics that are not too concerned about ridiculousness. In their sixth studio album, Flowers does not stray too far from the path he has always taken.

Still, this record is a celebration of all that has made The Killers a household name in the alternative rock scene. They draw from their own content and from their classic influences.

Songs like “Human” and “Spaceman” from their third record, “Day and Age,” are clear guidelines for what they set out to achieve in this effort. It also captures the ever-present Americana sound of Springsteen, a stated big influence for Flowers, reminiscing of records like “Born to Run” and “Born in the U.S.A.”

The record is not too daring or revolutionary, as the band has clearly not taken a step in any new direction but rather demonstrated that they can still do what they do so well. The record is, undeniably, just right in all the right places. It confidently delivers 10 new classic songs for their already extensive roster.

The opening track, “My Own Soul’s Warning,” sets the stage for the powerful, sing-along stadium rock that the rest of the record will follow almost formulaically. This track defines the sonic feel of the album and is one of the standouts of the record.

The fourth track, “Caution,” is another standout of the record. It is the headliner of the act as it was also the first single released for promotion. It is full of powerful choruses and soaring instrumentals that are perfectly orchestrated. It also delivers the most entertaining story of the record.

The second half of the record kicks off with the bass-driven and perhaps the most daring song, “Fire in the Bone.” This track includes the most different sort of feel in both instrumentals and vocals, which proves to be a welcome and refreshing sonic break.

“My God” is another standout of the record, a catchy dance and gospel-infused track that delivers the catchiest lyrics and melodies of the whole album. It is a track one cannot help but come back to.

Overall, “Imploding the Mirage,” is a refreshing return to form by The Killers, full of stadium sing-along anthems. The record does not have any tracks that detract from the rest. It is impeccable synth-Americana and a love letter to their established sound and to their new and longtime fans. 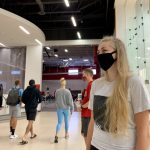 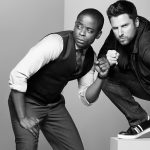