Over spring break, Northwestern’s band will be going on tour to Spain. They leave Saturday, Mar. 2 and will return on Tuesday, March 12.

Every six years, the NW band takes an international tour with tours at the local level or national level in the intermittent years. This year, the band tour will begin in Madrid, Spain and will take a northern route from there. They plan to visit five major cities in Spain and will play10 concerts throughout the country.

The band will also be hosting workshops for high school students while in Spain.

In addition to the concerts and workshops, the band will participate in mission work throughout the week, and individuals will be sharing their testimonies.

Spain is a largely secular country.  The NW band hopes to be a light and share the gospel while they are there.

Sophomore Joel Van Perseum shared that “actions are a good way to spread the good news and the gospel, too.”

People may be resistant to hearing the gospel directly, but Van Perseum believes th band can still minister through their actions and the way they conduct themselves.

Preparations for this trip have been in motion since the beginning of the year. When classes began in August, the band started rehearsing music for this trip. The band learned about half of their music prior to Christmas break. Music for this trip has been a big focus of rehearsals in the spring semester.

Throughout the year, they have prepared 10 pieces. The entire band will play together, and some smaller groups will play like the brass quintet. The band will also highlight some solo pieces in their concerts.

“A lot of people are super excited for this trip; many people have never been out of the country and some have never flown before,” Van Perseum said.

The band has fundraised together in various ways for this trip. In the fall semester, they hosted a tip night at Pizza Ranch. The brass quintet also played at this event. Each member of the band sent out 80 support letters and some members went door to door looking for support. The Raider Soiree Jazz Dance this past weekend also helped to raise money for the band trip. Because they played for the event, the band received a portion of the money raised.

Accompanying the band to Spain is band director Prof.  Holt and her mother as well as Prof. Moeller, and her family. 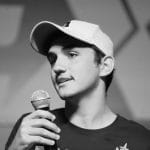