I’d like to begin by stating the obvious. I am not directly affected by racism. I am a white male living in a culture that grants every advantage to straight white males. This means I cannot give firsthand accounts of racism against me. However, racism directly affects some of my loved ones.

My little brother, Jack, is a sophomore at a Christian high school in Iowa. As you read these stories, remember they happened in a decidedly Christian environment. Jack’s birth mother is white, and his birth father is black. In total, there are around four students of color in the school he attends. Earlier in the school year, his class was studying the Civil War period and slavery. In the halls of his school, he was jokingly called a cotton-picker. While this direct reference to slavery was “meant to be a joke,” it was an obviously racist thing to say. Later this year, on his walk into school he was called a n*gger by his own classmates. The students involved were disciplined, but they were not suspended.

These events had a deep impact on my brother. They made him question why his classmates would use words like that to talk about him. With a simple word or phrase, they magnified the racial gap between him and everyone else. High school can be a troubling time for all types of these students; it is hard to imagine how difficult it would be when constantly being singled out in this way.

My brother and I were furious after it had happened. Racial insults are some of the most degrading words that can leave any person’s mouth. Jack didn’t hear these words used against him in public, at AAU basketball practice or when he was with his friends. He heard them during his time at a Christian high school. Kids who claimed to love Jesus had adopted the language of hate to demean one of their own brothers.

Hate speech is one of the more obvious symbols of racism that exist in our country today, but it does not stop there. Some people in Christian, small-town Iowa still harbor destructive ideas about people of color. In small towns around Iowa, including Orange City, it is clear to see many people get nervous when they are around people of color. I’ve seen this in my own life when I go out with my brother. Extra attention from store attendees to make sure he isn’t stealing, concerned glances and inappropriate comments are something my brother deals with wherever he goes.

Many will argue that racism no longer exists. It is plain to see that this is simply untrue. I’ve seen it in my brother’s life, and statistics back up this claim. African Americans still battle higher likelihoods of police stops while driving, higher interest rates and longer prison sentences for identical crimes. It’s easy to point out blatant racism such as hate speech or these statistics. However, these types of racism are not as typical in small-town Iowa.

Prejudice and fear run rampant in small communities and in communities like NW. Fear and misunderstanding permeates small-town culture and create barriers that prevent real community from growing. It was a problem at my high school, and I notice it at NW as well. I’d bet that every person reading this has had thoughts warped by preconceived racial stereotypes. It’s important to recognize these stereotypes as the destructive barriers they are. This extends beyond NW’s campus, but the most practical example is an immediate one. If you catch yourself thinking these types of thoughts, recognize them for what they are and do your best to stop them. Defeating internal prejudices is one of the first steps in our centuries-long battle against racism. 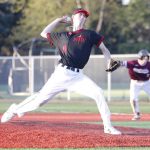 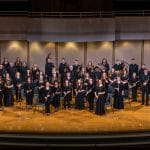