When William Minnick declared a minor in public relations, he knew he would be required to take more courses. And many of them would be with his mom.

While some students seek to escape the watchful eyes of their parents during their college years, William and his older brother Noah chose to attend Northwestern College where their mom, Ann Minnick, is an associate professor of communications.

However William, a sophomore history major, doesn’t mind. In fact, he appreciates seeing his mom on a regular basis. Plus, he never has any doubt about what courses he needs to take to earn his minor.

“It’s nice that she can help me with that and then all I have to do is get it approved by my main advisor in the history department,” he said.

There’s another big incentive to be here: reduced tuition. Many colleges and universities across the country waive or reduce the cost of tuition for children of faculty and staff.

Students with parents who teach at NW could potentially avoid taking classes from mom or dad, but that’s not what Caleb Arnett did. The sophomore political science major signed up to take forensics with his dad, David Arnett, a professor of chemistry.

Caleb sees his interaction with his dad on campus as not only a blessing but also a competition.

“It’s nice to have competition for the most stylish man on campus,” he said. “Without my dad, I wouldn’t have any challengers, and it keeps me in check. I guess style just runs in our blood.”

It’s one thing to have your mom or your dad working on campus. It’s another to have both.

Valerie Stokes, an associate professor of social work, and her husband Mike Stokes, the audiovisual director, currently have two children at NW: Vanessa, a senior, and Roman, a sophomore. Their older sister Victoria attended NW as well and graduated in 2017.

“We were excited when [Victoria] chose Northwestern College,” Mike said. “It gave her a chance to experience independence, but also comfort in knowing we are near if she needed anything. Although NW is in Orange City, our kids have realized it’s its own community, and at times, I have heard it feels separate from Orange City.”

Mike and Valerie have enjoyed getting to know their kids’ friends and seeing firsthand some of the things that Roman and Vanessa have been a part of at college.

“One comfort we know about our children attending NW is that they are receiving a quality education that is Christ-centered,” Mike said. “We know they are getting a great education and are surrounded by faculty and staff who care about them and their futures.”

Vanessa, a writing and rhetoric and public relations double major, also recognizes the opportunity she has to spend more time with her parents before starting her career.

“At first it was odd to be in a college environment and still have my parents around me, but I’ve grown to realize how beneficial it can be because after this, we all leave,” she said. “After graduation, you’re not able to be around your family as much, so I’m lucky to still be around mine for a few more years.” 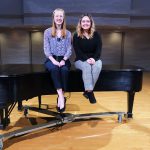 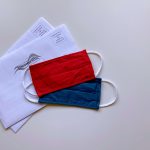