Although election week has come and gone, election season is far from over in the minds of the American public. On Nov. 7, major media outlets, including the Associated Press, CNN, Fox News and others, called the presidential election in favor of Democratic candidate Joe Biden with 290 electoral college votes.

The Trump campaign immediately contested the results and filed lawsuits in several states, claiming voter fraud. Many of these key states in the electoral college like Wisconsin, Pennsylvania and Georgia, if flipped, could swing the election in Donald Trump’s favor. So far, these lawsuits have been met with little success. As of Monday, the Trump campaign had filed 17 lawsuits, and of these cases, they had lost or dropped 12, won one and are awaiting results on four.

As for the House and Senate, neither one of their elections have been completed either. The race for the Senate currently sits at 48 Democratic seats and 50 Republican seats. The two uncalled seats both belong to Georgia, which will hold a runoff election in January to decide the winners.

These runoff elections will be important in deciding which party takes control of the Senate. Not all election results are in for House seats, but currently the Democrats hold 220 seats and Republicans hold 204, giving Democrats the majority as they crossed the 218 threshold.

In Iowa, Republican incumbent, Joni Ernst, won reelection for the Senate after a hard campaign against Democrat Theresa Greenfield.

Iowa’s fourth congressional district, which Sioux County is a part of, elected Republican Randy Feenstra to the House of Representatives. Feenstra is an assistant professor of administration at his alma mater, Dordt University, and has served three terms in the Iowa Senate. He replaces incumbent Republican Steve King in the House of Representatives after beating the nine-term congressman in the Republican primaries.

Only one ballot measure was on the Iowan ballot this year: a proposal to explore changes to the constitution. Iowans voted against said proposal. Iowans also voted to keep all members in the Iowa Court of Appeals and Iowa Supreme Court up for retention.

Local elections in Sioux County were quite unanimous. The closest race was for the position of sheriff, where incumbent Dan Altena won reelection with about 76% of the vote.

Though Altena ran officially uncontested on the ballot, he faced a write-in campaign by Orange City assistant chief of police Bruce Jacobsma. This write-in campaign was launched in August over some criticism of Altena’s response to COVID-19 in which he initially favored prioritizing arrests for serious or violent crimes to avoid crowding the county jail.

Like most of the country, Iowa boasted incredible voter turnout this year. According to Iowa Secretary of State Paul Pate, over 1,697,000 Iowans voted in the 2020 election, beating the previous record of 1,589,951 voters in the 2012 election. Pate estimated that 76% of registered voters exercised their civic duty this year, a turnout among the highest of the nation. 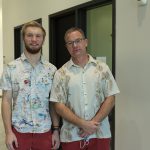 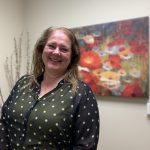