Northwestern College’s new physics professor, Prof. Emily Grace, does not like The Big Bang Theory. She does not fit the stereotype of a physicist portrayed on the CBS comedy, and she would argue that people don’t need to resemble Sheldon Cooper to be interested in physics. The characters portrayed on the show are lazy caricatures of the modern physicist, and Prof. Grace transcends this caricature.

Prof. Grace has seen many parts of the world throughout her life. During her childhood, she lived in Spain with missionary parents, got her undergraduate degree in psychology at the University of Indiana, and her Ph.D. work took her to London at Royal Holloway. On top of this, she has started a family with her husband (who has a men’s fashion blog and Youtube channel), spoken at MIT and won an award for creating a rap song based on research findings.

If any readers have a mental picture of the typical physics professor, it is likely that Prof. Grace has not fit into what you are imagining. She is passionate about her field of study. She explained that physics did not come easy to her, and the challenge of the study is part of what attracted her to the field. She said she is often annoyed by the misconception that science simply comes easy to some and that if it doesn’t, one should simply give up.

Despite physics not coming easily to her at first, Prof. Grace has excelled in her field. During her Ph.D. work, she studied dark matter. Her experiments measured the scattering length of liquid argon and proved that a previous paper in the field had made incorrect assumptions about this topic.

She drove the point home with a poignant comment: “I played with Barbies, and I built dark matter detectors.” Prof. Grace conveys a passion for the idea that girls do not have to change who they are to enter into STEM fields.

Prof. Grace came to Northwestern so that she could have the opportunity to teach in her field and have time to be with her family. The caliber of her Ph.D. work opened up opportunities for her to teach at a selection of schools, but two main factors led her to choose NW. Her first reason for coming to NW was that she would have the opportunity to spend more time with her family. When she was deep in her research, there were instances where she would have to be at the lab for up to 2 months at a time.

She wanted more time to spend with her daughter, and NW allows for a work-life balance that will make this possible. She also explained that NW reached out to her about the job. This set NW apart from other colleges that simply posted job openings.

When asked  why she wanted to teach, she explained that she loves the challenge of it and learning what techniques will work best for each new group of students. She also explained that a unique aspect of teaching physics was that she has the opportunity to blow students’ minds every day in class.

Her long term goal for the physics department is to make NW the premier place to become a physics teacher. She underscored the importance of good high school teachers because most college students decide on a major based on classes they enjoyed in high school.

She also highlighted the importance of integrating a well-reasoned theology into a study for physics, as Christian physicists are often required to have strong defenses for their faith. Prof. Grace displays a passion for physics and the students she sees in the classroom every day. 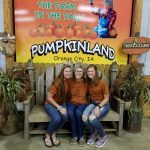 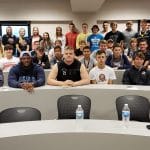