Both the Raiders cheer and dance team traveled down to Crete, Nebraska where Doane University held the Great Plains Athletic Conference (GPAC) Championship. The Northwestern dance team competed on Friday, Feb. 25, while the cheer squad followed the next day, Saturday, Feb. 26.

The NW dance team opened their season with a seventh-place finish and a score of 57.97 in a field of seven teams. The same four GPAC teams, Midland, Concordia, Dordt and Morningside, competed in the dance competition, while also welcoming Baker and Hope international University (Calif). The Raiders took come second-place with a team score of 56.9. The Saint Ambrose University Bees won the event. The week before conference, the Raiders picked up their season-high score with 64.5 points, making it three-straight performances that saw improvements in total score.

While at the Conference Championship, the Raider’s dance team finished eight of 10 teams competing, compiling a final score of 57.79 points. On the season in their five competitions, they sit No. 34 in the nation with an average score of 59.30 points.

The NW cheer team, who also competed at the conference championships, have had a successful season. The Raiders opened their season at the Midland invite with the dance team. Their performance scored 64.40 points which earned them third place in a field of six teams. The next competition the Raiders hosted where the team cracked 70 plus points for the first time since the GPAC Championship last season with a score of 71.70. During their last competition at home against Mount Marty, the team picked up their second-best score of the season with 72.4 points, their best score this season being 78.0 achieved two weeks prior.

While at the conference championshi,p the Raiders tallied a total score of 68.74 points, which finished fifth out of eight teams. The Raiders now sit No. 27 in the nation with an average score of 71.12 this season. However, with the announcement of the GPAC All-Conference teams for the 2021-2022 season, sophomore Nathan Tornow was tabbed an All-Conference performer for the Raider cheer team.

Tornow collected back-to-back First Team All-Conference accolades. The sophomore becomes the first Raider in cheer program history to earn two All-Conference honors, as well as the only Raider to earn a place on the cheer All-Conference squad. 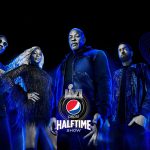