Northwestern’s ability to create big plays on both sides of the ball led them to a homecoming victory over Doane, 28-25. Although the Raiders struggled out of the gate, the offense kept the momentum on their side through a strong running game. NW is now ranked 4th in the NAIA Coaches’ Poll.

Doane jumped out to an early lead as they finished their first drive with a 32-yard touchdown pass by quarterback Jack Kalina. On their next drive, the Tigers drove into the red zone where they had to settle for a field goal, extending their lead to 10-0. NW’s offense was jump-started by a 33-yard run by junior running back Jacob Kalagonis early in the second quarter. That drive was capped off by a 30-yard touchdown pass from Tyson Kooima to Shane Solberg. On the following NW drive, Kalagonis used a 40-yard run to propel the Raiders into the lead, 14-10.

The second half remained competitive as Doane scored with 2:13 remaining in the game, making the score 28-25. After a 3 and out by NW, Doane had one more chance to take the lead. However, the Red Raider defense stood their ground, pushing the Tigers back onto their own side of the field, sealing the win for NW.

Kalagonis played a key role in the win as he rushed for 196 yards, including 3 touchdowns. The Raider defense forced 4 turnovers, including 3 interceptions, proving themselves to be one of the best defenses in the GPAC. The defense was led by Logan Richard with 14 total tackles.

Next week, the undefeated Red Raiders will stay in Orange City to face Dordt, who owns a 3-1 record this year. The game will also mark another matchup in the Sioux County Showdown Series, adding an incentive to a heated rivalry. 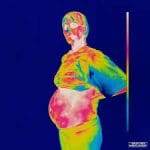