The Raider volleyball team lost a tough one in the Bultman Center to Dordt College 3-1 on Nov. 8. The game was for a spot in the GPAC finals. This was the third meeting of the season between the two ranked teams.

NW started off the game well as the Raiders won the first set 25-23. The game was a barn burner as it saw 14 ties, six lead changes, and neither team was up by more than two points. The two teams were tied at 16 when sophomore AJ Horstman had a kill followed by an error by Dordt. NW would lead the rest of the way to take the first set.

The second set went the Defenders way as they won 25-14. They took an early 7-2 lead. The Raiders were able to battle back to make it a 10-8 game, but after an 8-2 run by Dordt they regained momentum and took the game.

The Raiders started the third set off strong as they were up 14-10. However, Jamie Gesink of Dordt served six consecutive points with two aces to put the Defenders up 16-14. The two teams then traded points and the Raiders could not get close enough and lost the set 25-21.

Junior Lauryn Hilger and sophomore Anna Kiel put down 12 kills during the game. Freshman Makenzie Fink and Horstman both had 11 kills. Freshman Lacey Wacker had 43 assists which led an NW offensive attack that hit .222. The Raiders had eight blocks, four of which came from Kiel.

NW finished its season 28-4. The NAIA will release the list of championship qualifiers Monday, Nov. 13, as the Raiders look to compete at Nationals. 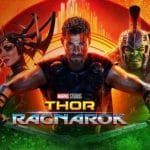 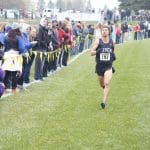