Both the men and women Red Raider Cross Country teams earned spots at the NAIA National Championship.  The men anticipated their spot and locked it in with an automatic bid via a win at the GPAC Conference meet this past Saturday.  The women earned an at-large bid to guarantee a spot at the meet, and this will be the first time the women’s team has qualified since 2007.

The men’s team earned their second consecutive conference title, taking first place with only 38 points.  Second place was Doane with 59, and Dordt followed at 89 points.  Northwestern will be the only GPAC team to run at the championship meet.

Senior Tanner Goetsch led the Raider men at 24:58, bettering his personal best by more than 45 seconds and just missing the first place spot by a few seconds. Seniors Peter Smith and Tim Rose followed with season bests as well. Senior Hans Epp ran through an injury to come in as the fourth Raider on the team.  Freshman Dylan Hendricks stepped up and finished off the scorers for the men’s team. Across the board, the entire men’s team ran well with a team average of 25:36.

On the women’s side, the team took second to Dordt, with scores of 45 and 70 respectively.  It was the first time in NW history that the women’s team has placed second in the conference.  Hastings followed as the third place team, with a score of 72.  Senior Katie Bosch led the women and took the 4th place individual spot, with sophomore Bre Harthoorn and senior Sarah Lunn not far behind taking fifth and ninth. Sophomores Emma Van Meeteren and Katrina Engbretson followed to finish off the scoring for the Raider women.

On both the men and women’s teams, four Red Raiders earned All-Conference honors, with freshman Dylan Hendricks missing the top 15 by just one spot.

The Red Raider’s continue to prep themselves for their final meet at the National Championship.  The meet is to take place  Nov. 18 in Vancouver, Wash. 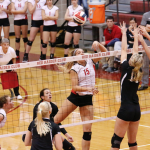 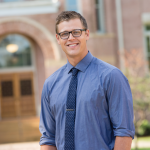