The Northwestern women’s basketball team had their incredible postseason run cut short by No. 2 ranked Concordia in the National Semifinals on Saturday March 12.

The Raiders won three straight games against tough opponents. In the first round, they beat Friends University 81-74. In the second round, they beat a very tough Eastern Oregon team by more than 20 points. In the quarterfinal game, they earned an overtime victory over the University of St. Francis (Ill.) 89-83.

After winning those three games in the National Tournament, the Raiders entered the all-GPAC matchup in style.  A close game in the first half, the Bulldogs went on a run early in the second half to give them a 12-point lead.  This proved too much for the Raiders to overcome, as they ended up narrowly losing 84-77.   The Raiders were led in scoring by Renee Maneman (19) and Kassidy De Jong (15).  Maneman, a three-time all-conference selection, was named an NAIA second-team All-American.  She was also named to the All-Tournament Team. De Jong was named an Honorable Mention All-American, making her a three-time All-American in her career.  Four Red Raiders, Rene Maneman, Haley Birks, Kassidy De Jong and Darbi Gustafson were also named NAIA Scholar Athletes. NW closed its season with a 25-9 record. 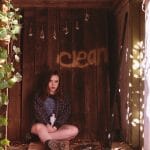 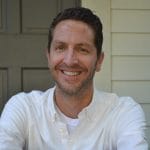