After a slow start, Northwestern men’s basketball used a number of big plays to defeat the #21 Dordt Defenders in Wednesday’s rivalry game. Both teams were nearly even this season in scoring offense, scoring defense and rebounding. However, it was the Raiders who prevailed in a well-played game on both sides. NW was 6-4 entering the game and Dordt was 8-2 prior to the first installment of a historic Sioux County rivalry.

Dordt jumped out to an early 23-15 lead with just under 10 minutes remaining in the first half. After a timeout, the Raiders fought back to take a 39-37 lead with a Parker Mulder layup going into halftime. The second half belonged to NW, who stretched the lead to 15 on a three pointer by sophomore guard Jay Small with 14:18 remaining in the game. Although Dordt brought the lead to 2 points with 1:20 left, NW sealed the game with free throws, earning a 74-69 win.

The Raiders were led in scoring by sophomore Trent Hilbrands with 23 points. Junior center Grant Roher also had a strong game, scoring 11 points and snatching 6 rebounds. NW shot 50% from the field and 35% beyond the arc. Dordt shot 40.3%, including a 25% mark on three-pointers.

Head coach Kris Korver said of tonight’s win, “Our guys really defended, and our guys were tough and gritty. We did not play our best offensively, but we had guys step up and make the big play when we needed it. Every GPAC win is a good win and tonight was a good team win against a good ball club.”

Next up for the Raiders will be a matchup with #8 Briar Cliff at 4:00 on Saturday in the Bultman Center. The Chargers are 8-1 overall with a 5-1 record in the GPAC. NW is now 7-4 on the season, going 2-2 in conference play. 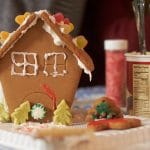 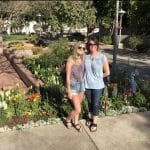