The theatre department at Northwestern College has provided many well respected performances over the years. This year some of that brilliance was recognized at the Kennedy Center American College Theatre Festival – also known as KCACTF.

NW is part of region five of this competition. There are a total of eight regions and region five happens to be the largest, containing a total of seven states.

The KCACTF regional festival is a week-long event that for region five, is held in a major Midwest city in January.

This year, the festival was supposed to take place in Des Moines. With COVID-19, things looked a little different for the participants. Everything was online and many of the events were prerecorded and could be watched at later times.

The festival features shows from throughout the region that have been selected from the past calendar year.

There are many different categories that can be entered that have the potential to be showcased at the festival if selected. However, the festival offers participants more than just a chance to see theater. It includes workshops to improve techniques, design expos and the chance to see what other people can do.

As senior Maren Taylor stated, “We don’t know each other, but we all watch each other grow year after year which is really cool.”

NW had a number of students submit work for this year’s festival.

Karissa Meyer, Rachel Smart and Sierra Tumbleson were all a part of the Irene Ryan Acting Scholarship competition. For this particular competition, over 100 participants were in the running. The semifinals knocked the number down to 64. All three made it this far, but the stakes got higher as only a mere 16 make the final round. Smart made it to the semis in this contest but was also an honorable mention in the Gary Garrison Ten-Minute play competition. Her play was entitled “Lethe.”

Meyer and Tumbleson were chosen as finalists and were able to share monologues as a part of the Festival.

Other students recognized for their success included Taylor in the design expo category specifically for lighting design. Taylor saw big success at the regional festival as she was selected to represent region five at the national conference.

That is not all, however, Taylor stated that, “I also won one of the four scholarships to the Stagecraft Institute in Las Vegas. I will spend a week studying under professionals and interning at big Vegas shows”.

And as if that wasn’t enough, Jabberwocky was chosen as one of the handful of shows to perform at the Festival.

Overall, the participants agreed that it was a great learning experience, and they feel that they grew as artists.  They appreciated the chance to share what you love to do with others and gain helpful knowledge for the future. 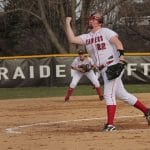 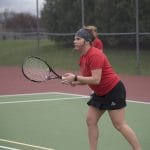