Home Sports NW softball off to a promising start
Sports

The Northwestern softball team swept Viterbo, making a great start to the long-awaited season. NW defeated the Hawks 4-2 in game one and emerged with a 14-2, five-inning win in game two.

In the first game against Viterbo, the Raiders scored two in the bottom of the first when senior, Emily Bosch led off with a walk and came across home plate on a triple made by Madysn Grotewold. Bouman’s squad hit three home runs and compiled 14 hits in a 14-2, five-inning blowout win in game two.

Senior pitcher, Samantha Ubben, struck out ten and allowed one run, leading the team to victory at 4-2. Ubben finished one shy of matching her career high in strikeouts and allowed just six hits and two walks in a 92-pitch, six-inning effort.

“My team and I have been working very hard since we got back to school in August” Ubben said. “All the returners were so excited to get back on the field after not playing an official game in so long.”

Considering that it’s been 11 months since last softball season, she says that it’s great to be back.

For sophomore, Sydnee Isom, felt that the clean sweep over the weekend set the tone for the rest of the season.

“Considering it’s just the beginning of the season, it’s a great way to demonstrate that our consistent hard work at practice is and will continue to pay off,” Isom said.

“The things that are easy to do, are easy to not do”. Through hard work and dedication on and off the field, the girls want to be the team to beat in the conference championships,” Coach Bouman said.

Bosch, was eager to get back on the field after a heartbreaking end they had last season. When looking at the team, she can’t help but admire the sweat and hard work each player is putting in.

“Each girl works her tail off and does it so that our team succeed. Even though I am a senior, I have a lot to learn from my younger teammates! When I look at our team, I see passion and drive. We still have work to do, but I am confident we will be a force to reckon with this season.” Bosch said. “We are going to take it game by game, but the end goal of the season is to take conference champs and bring back another national banner. With big smiles, we plan to check one game off at a time.” 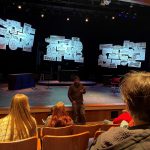 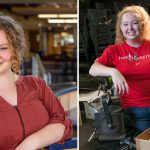