College students are always looking for creative ways to save cash—for instance, having a friend cut hair rather than paying a professional.

Junior Adrianna Noteboom developed the idea of cutting hair for others when she would cut her own out of boredom. She further broke into the scene when she cut a significant amount of junior Jeremy Bork’s hair off last year. While assisting at a salon in her hometown of Champaign, Ill., she picked up even more tips.

“Mostly I do trims but every once in a while I’ll do something dramatic and cut major length off,” Noteboom said. “A lot of people are recently into the shorter and inverted look.”

Noteboom has also had experience coloring hair for others.

“Every once in a while I’ll get a requests for color, but if it’s not the basic all over color, there’s so many technical steps involved that it takes such a long time,” Noteboom said. “It can’t be a spur of the moment thing.”

Another student hair-stylist, junior Charlotte Richards, remembers cutting her sister’s hair when she was young, along with trimming the hair off her Barbies.

“I’ve upgraded since then,” Richards said. “I started last year and kind of just taught myself.”

“I usually just do a trim or some basic layers and then work my way up to taking off several inches,” Richards said.

Richards doesn’t charge a fee for cuts or styles, but sometimes her customers will take the garbage out or perform another chore to show their appreciation.

Nicholas Leither, a senior at NW, started to cut hair when he figured it would be cheaper to invest in a 30 dollar clippers than getting a 12 dollar hair cut every time he needed an update.

He got some more experience while working at camp this past summer when two friends needed a haircut before they attended a wedding. He didn’t have shears, but he did have a Leatherman, and gave it try.

“I must say, [the haircuts] turned out pretty decent,” Leither said.

Leither’s tools have upgraded to include real scissors, and although no girls have asked him to do their hair on campus, guys request the occasional trim. The only favor he asks of customers is that the hair gets swept up afterward.

“As far as trends go, guys don’t really care about fashion, but I have seen the trend of mustaches around campus,” Leither said.

Leither, a psychology major, even imagined a possible future in the barber business.

“I guess the next level would be fooling around with the idea of going to school and opening a small town barber shop,” Leither said.

So the next time you need a cheap cut—and you need it quick—check out the services of these and other on-campus barbers. 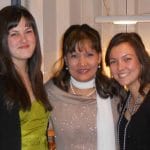