Ask senior Mikayla Vos about a musical instrument, chances are she has played it at one time or another. The organ, piano and trumpet are just a few of the instruments she has played throughout the years. Add in the French horn, tuba and euphonium, and you just about have it covered.

Though she is accomplished in several musical instruments, Vos will be sharing her talents as an organist at 7:30 p.m. Saturday, April 1, in Christ Chapel  during her senior recital. Performance repertoire will feature the work of significant composers throughout musical history, including Dietrich Buxtehude, J.S. Bach and William Mathias among others.

“The students in attendance are going to hear some wonderful music that many of them will not have experienced before,” said Timothy McGarvey,  Northwestern band director and music department chair.

Vos started taking piano lessons in the first grade and has enjoyed making music ever since. When Vos entered the fifth grade, she joined her middle school band and started playing the trumpet. She played the trumpet throughout middle school and high school, but when McGarvey requested that she play French horn for NW’s symphonic band, Vos readily accepted the challenge. She played French horn for two years before taking on the tuba and, most recently, the euphonium.

The organ, however, has grown to become Vos’s specialty.

“My mom forced me to take my first organ lesson,” Vos said. “It is definitely unusual for someone my age to be playing organ, but I find that playing the organ for church services is a great way to serve God.”

Vos took organ lessons throughout high school and began playing the piano and organ for local churches. Upon enrolling at NW, Vos decided to take her study of music even further and became a music education major.

“I have always enjoyed being involved in music and I love helping people learn, so becoming a Music Education major felt like a good fit,” Vos said. When she is not busy practicing for band concerts or church services, Vos enjoys giving weekly piano lessons to students at Ireton Christian School in Ireton.

“As a musician, Mikayla has grown significantly over the years,” McGarvey said. “She has shown some real versatility. She came to NW as an organ major but worked her way up to three instruments in the symphonic band as we needed additional brass players. I’ve always appreciated Mikayla’s ability to do what was needed.”

“I think it is very important to celebrate a fellow student’s accomplishments as they present what they have been working on over the course of their musical training,”  McGarvey said. 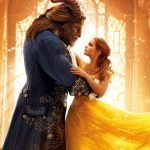