However, these are not the first dogs NW has had on campus. NW has allowed RDs to have dogs in the residence halls since 2015, when a Hospers Hall RD had a dog named Porter, and last year, the Colenbrander Hall RD had a husky named Odin.

“We adopted our RD pet policy back in 2014 primarily because it was becoming a recruitment and retention issue since virtually every other college and university allowed for their RDs to have a pet,” Director of Resident Life Marlon Haverdink said. “It was becoming an obstacle in our hiring process where we would routinely have great candidates in our candidate pool who would pull out of our process when they learned we didn’t allow for pets.”

Once the issue of having candidates pull out from being a RD, Haverdink initiated meetings with stakeholders at NW, and soon after the pet policy was in put into effect. This policy has been an extremely positive change for the campus atmosphere. Not only has it helped with recruiting and retaining great RDs, but the dogs have also assisted the RDs in connecting with students that would not be possible before.

“Many students have benefited emotionally by the time spent with our RD dogs,” Haverdink said. “Anyone who has had a dog knows how loving a dog can be and how positive of an effect they can have on someone’s well-being, it is amazing for our campus to have access to these great dogs.”

Julia Fehr and Dustin Groen are two residents of Fern and Coly that love having the two fluffy pups.

“My first response when I found out there was going to be a dog with my RD was being so excited because who doesn’t love a little puppy,” Fehr said. “I had dogs at home, so it just made it feel more like home!”

“My first reaction was that Ozzy is one of the cutest things in the world, so I was super excited to find out he’d be living right down the hall from me,” Groen said. “Having Ozzy around is the best, he’s super fun to play with and he provides a decent amount of entertainment whenever we hang out in Brian’s apartment.”

Brian and his wife Madison were more than thrilled when they found out they could have a dog. With wanting a dog years prior, they jumped on the opportunity as soon as they moved onto campus.

“I think the guys of Coly have really liked having Ozzy around and he brings some joy to Coly,” Brian said. “I think the returning students got used to having a dog in Coly since there was one last year, so they have been welcoming of Ozzy and give him so much attention.”

“When I take Ozzy on walks around campus, he’s allowed me to meet more students,” Madison said. “It makes me smile to see how much joy he brings to those he interacts with him. He really knows how to make someone’s day with his cute puppy dog face.”

Along with Brian and Madison being excited, Natalie shared the same reaction when she found out a dog was a potential option.

“I knew I wanted one and would love having a little fur ball around, but I also had heard so many Fern women say they missed their pets and would love to bring them here to school,” Wheeler said. “I knew that wasn’t possible but I thought I could definitely help by getting my own pet so the dorm could have at least a little puppy time once in a while!”

Haverdink has so much fun walking around campus to see crowds of students interacting with either Ozzy or Oakley with pure joy and smiles. College life can be intense, so to be able to have a bit of joy from a simple interaction with a dog is a blessing. 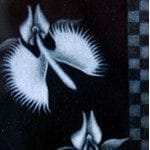 Dordt prof has a soft spot for NW art department