It is no secret that Colenbrander Hall is both the oldest and most controversial dorm on campus. Its architecture is nearly able to rival that of ancient Greece in both beauty and age. The sense of belonging, fostered inside of its U-shaped design and communal showers, is the envy of all dorms. While the campus may be quite split on whether it should be known as “scary” or “a blessing,” none can deny that it has hosted a large sum of the campus’ male population since its beginning in 1960.

At the start of the year, I caught word of a rumor that left me speechless. I was told that Coly was taken off the list of dorms to be shown during tours. I knew deep down in my heart that the admissions office would not make such a grave mistake, so I brushed it off and went about my day. Later that day I came across a friend who worked as an ambassador so I decided I would run it by him quick. To my dismay, the rumors were confirmed. The reason I hear was that admissions would rather show the other dorms over Coly as they were pressed for time. I tried to look at this matter from an understanding perspective. However, there were a few facts that make me believe this decision is completely illogical.

First, we have already established that Coly is the oldest dorm. It has been rumored to be close to its destruction for many years. However, even with Dr. Parker, on campus it seems no closer to being made into parking spots for track (and, I suppose, football) than before. Even if it comes down within three years, many prospective students will end up here in Coly.

Second, if we look at dorm size, Coly is by far the largest. According to the “creep book,” there are 190 residents in Coly, 99 in Hospers and 60 in North (talk about size inefficiency). To build on this, Coly this year hosts just shy of 100 freshmen, 28 in Hospers and only 19 in North Suites. If we turn this into percentage of freshman residents it is 50% for Coly, 28% in Hospers and 32% in North.

Why are these numbers important? Statistically, most male students going on tours will end up in Coly. Why would you willingly choose to not show the majority of prospective students their future home? Coly may not be the flashiest dorm, but it didn’t get the title “Incubator of Greatness” for nothing. If campus wants more great leaders like Mark DeYounge, Marlon Haverdink and Michael Simmelink, it would be a poor decision to steer people away from Coly.

I have also heard from others that Coly should also not be shown because it is an “inaccurate representation of campus.” If my two roommates who are dedicating their life to go minister to the unreached of the world are “not a great representation of Northwestern,” I’m not sure I want to be a part of what NW stands for. If you want to show some truly “stand out” students, feel free to swing by Coly 107 on campus tours. If you want to call my room an outlier, is there not always? If everyone stands out, no one stands out.

I believe Coly has been dubbed the “black sheep” of campus far too long. For how much our dorm has contributed to campus, I feel it is only right that we are given our dues until we finally torn down. 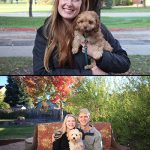 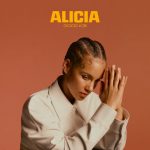