Senior Ellen Podhajsky, a Spanish major with a Christians missions and cultural studies minor, will be presenting her senior flute recital at 3 p.m. Sunday, March 31 in Christ Chapel. Ellen is also a member of the Symphonic Band, Jazz Band, Chamber Ensemble and tutors in the Spanish department on the side.

Podhajsky attributes her musical inspiration to her mother who also played the flute. When Podhajsky was growing up, she would go into her mom’s room and try to make sounds with her old flute. Once she figured it out, Podhajsky was hooked.

“I never considered any other instruments because I wanted to be like my mom,” Podhajsky said. “Plus, I loved playing the flute from the very beginning.”

Additionally, Podhajsky loves the variety of sounds and tones that can be made with a flute and the large repertoire of works available since the flute has been around for so long.

At her recital, Podhajsky will be performing six pieces, including “Inspiration” by David Baker, “Sonata in A Minor” by CPE Bach, “Sonata Latino: Bossa Merengova” by Mike Mower and “Peruvian Dance Suite” by Alice Gomez, which is an ensemble piece for two flutes, a marimba and tom-tom. Accompanying Podhajsky in performing these pieces is Jayde Logemann, Olivia Vander Ploeg and Abby Ver Mulm. Podhajsky’s flute teacher, Sue DeHaan, was the one who introduced her to the “Peruvian Dance Suite” piece because of Podhajsky’s passion for Latin American music.

Additionally, Podhasky will also be performing “Lookout!” by Robert Dick, which she performed last semester for lessons and at MOC middle school for their bands. Podhajsky explained that she was excited to reprise this piece for her recital because it’s such a unique work, which includes utilizing techniques such as singing while playing, key clicking, harmonics and multiphonics.

Lastly, Podhajsky will be performing “Sonatine” by Henri Dutilleaux, which Podhajsky says is her favorite piece to play since she’s been practicing it on and off since her freshman year. She’s been waiting for the right time to perform it and is excited to perform its challenging rhythms.

During the recital, Podhajsky will be accompanied by Nora Verburg on the piano. Overall, Podhajsky and DeHaan worked together to incorporate various pieces throughout this program that would compliment Podhajsky’s talents and love for Latin American music.

When asked what her favorite part of the music department is, Podhajsky says taking flute lessons, which she has been involved in throughout her entire college career.

“We have the opportunity to learn from people who have intentionally studied their instrument for years and who have so much knowledge to pass on,” Podhajsky said. “I have learned so much from DeHaan about flute practice and performance.”

Because of her positive experience throughout the years with lessons, Podhajsky offers this piece of advice to younger musicians: “Don’t complain about your lesson requirement, but really take advantage of the opportunity you have to grow as a musician by learning one-on-one from someone who is far more experienced than you. Private lessons can be extremely beneficial if you let them be.” 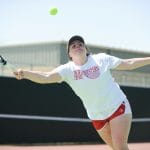 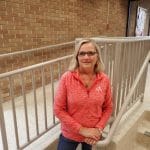