Last weekend, the Northwestern College Red Raider women’s tennis team traveled to the Des Moines area to compete in two nonconference matchups against Simpson College and Central College. The team went 1-1 during the weekend earning a victory over Simpson College 8-1 but falling to Central College 0-9 in highly competitive matches.

Number one singles player Jacque Ingram lost in a hard-fought battle with the Storms’ number one player, falling 6-4, 6-1.

“Everyone played well, and we were able to come out on top against Simpson,” Holscher said. “It was a great start to our outdoor season with a win on a beautiful day.”

The following day, Saturday, March 23, the Red Raider tennis team was up early to head into Pella to play Central College. The Dutch were quick to take the lead, winning all three doubles matches. However, even though  NW was unable to win decisive points, the number one doubles team of Holscher and Ingram and the number two doubles pair of McGinnis and Van Drie both were able to push the game to 6-8 after both NW pairs were down several games.

Singles play brought a lot of excitement to the Central College campus. The top four singles matches of the day all went into game-deciding tiebreakers. Ingram, Holscher, McGinnis and Van Drie were all involved in tiebreakers to decide their singles matches. Unfortunately, none of the NW women walked away from the tiebreakers victorious.

“We played really well but couldn’t finish the matches out,” Ingram said. “The games were close, they went into deuce every game, and each tiebreaker was only a few points difference. It looks like a bad loss, but I think it could have gone either way, and unfortunately, it didn’t go our way this match.”

The NW women’s tennis team will be back on the courts Saturday, March 30 in Yankton, S.D. against Mount Marty College for their first GPAC matchup. The women’s first home matches will be at 10 a.m. on Saturday, April 6 against the College of St. Mary and Concordia University at 2 p.m. 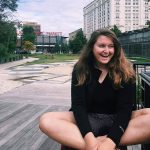