When any new generation of “Pokémon” games comes out, there is the same sort of reaction. There are the people who complain that the new “Pokémon” designs are awful, the people who want the formula drastically changed and the people who hopefully look forward to it and trust it will be a good game. I fall into the third category.

“Pokémon X” and “Pokémon Y,” both of which came out on Oct. 12, rewarded my hopes with what is possibly the best “Pokémon” experience to date.

The first thing you are going to notice about “Pokémon” X and Y is how gosh darn beautiful they are. The world of “Pokémon” has finally entered the 3-D world. Sprites in the over-world are wonderfully detailed, battles are fully animated, and the ability to move in more than four directions has finally arrived. “Pokémon” has never looked better.

The second thing that you are going to notice is that this is still “Pokémon.” The basic formula that the original “Pokémon” Generation 1 games established is still there. You play as a young boy or girl setting out on a journey to become the best Pokémon trainer in the world. As usual, this is accomplished by defeating eight gym leaders, the Elite 4, and finally the Pokémon Master. The battle system is unchanged and as occasionally infuriating as ever. The biggest addition this time is, of course, the new Pokémon.There are only 69 new Pokémon in this generation, but the inclusion of the new Mega Evolution system, as well as the creation of Fairy-type Pokémon makes this excusable.

If there are any complaints to be made about the new generation, it would be about the step back in story telling taken after Generation V. Though there are a lot more characters throughout X and Y, they really don’t seem to have much purpose other than to give the player someone to battle against. The villainous team in this generation is a joke, even more so than Jessie and James of Team Rocket ever were.

A final complaint, though a very petty one, is against some of the comedy worked into the game. I don’t find memes funny in real life, and they don’t do anything to make a game better.

Overall, “Pokémon” fans will love this. And really, there isn’t a whole lot more we can expect from “Pokémon.” It’s an old formula, but it always works. 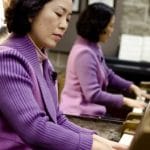 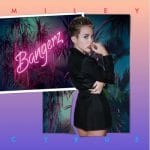