How can I explain that look on a canvas?

It’s one question that has driven and inspired Northwestern student Lisa Thvedt to do her Senior Art Show on portraits.

Thvedt’s show focuses almost solely on the human face. As she said in her artist statement, “the human face has a compelling, timeless attraction.” It is this attraction that Thvedt has worked to bring out in art.

“For me, people are the most exciting subject to draw,” she said.

Thvedt had no idea she even liked creating art until she took Intro to Studio with Scorza the fall of her junior year. Scorza insisted that Thvedt should have been an art major, but since she was already into her junior year of school, she gave the idea little thought.

Another art class during her junior year, painting with Vanderhill, began the inspiration for her future show, as well as the inspiration to further explore the possibility of adding art to her education major. A self-portrait assignment in painting presented Thvedt with the challenge and intrigue that would prompt her to continue taking art classes and add on the major her senior year.

“The face was always new and challenging,” Thvedt said. “The mystery of another individual’s expression intrigues me, and, as an artist, I try to capture that on paper. How could I capture the distress on his face or the empathy in her eyes?”

Thvedt hopes that viewers will see more than “likeness” in the portraits—perhaps a certain familiarity.

“Maybe it’s in an expression, the way an eyebrow is raised; or the tension in the crease of an eyelid or the crinkle of a nose,” Thvedt said. “Maybe it’s just in the fact that it’s a face, a thing of matchless beauty. Maybe you see that. Maybe you see yourself.”

Thvedt’s show will feature a gallery full of faces, both beautiful and unique. Thvedt’s effort in capturing the expressions and facial diversity of those she has portrayed can be clearly seen.

“From the time we are young, we are always looking for faces, whether it be in the grain of wood, in everyday objects, in the clouds or on the moon,” Thvedt said.

Though she did not begin as an art major, Thvedt is wrapping up her career at NW as a testimony to the department that creativity and skill can still be channeled to mirror and represent the unique world around us.

Thvedt’s show, which opens on Friday, Feb. 24, with a reception the same night at 7 p.m. The show will run until Wednesday, Feb. 29.

Be prepared to look beyond the expressions and find the timeless attraction that Thvedt promotes in her portrait work. 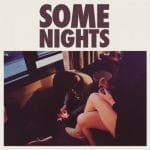 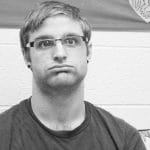