It’s no secret the Hub has always been busier on Sunday nights after a long day of procrastinated homework-finishing and the usual post-Praise and Worship rush of hungry worshippers. In years past during its late hours, the Hub has served its usual variety of items from the grill line as well as cheese balls, ice cream and other flex-money options. This year, however, I think they’re missing the mark on Sundays, and I have been disappointed each week by the lack of greasy and delicious food available for us.

I would like to begin by saying that I believe, overall, the Hub is better than last year. Creative Dining has implemented a cool new structure to some of the lines (I’m talking about the burger and sandwich toppings area), and there are also convenient features on the Eatable app that help facilitate a hassle-free Hub experience. While I do miss the chicken wraps and the pints of ice cream, I have found the burgers are better, there are some new options to try in all three of the lines, and they now offer pizza and smoothies as well as some other alternative side-dish options. Not to mention the new and improved french fries, which are glorious and addicting. On Sunday nights, however, much of this is unavailable. In fact, the only actual meal exchange item we can order on Sunday is pizza.

While I know preparing pizza ahead of time in an assembly line of sorts is probably much easier than making everyone’s individual meal and is a good time-saver strategy in theory, it certainly limits our options. Instead of choosing from a variety of savory burgers, crispy chicken tenders or chicken sandwiches and wraps, we are now restricted to choosing between four types of pizza. The beloved grill line is no longer open on Sundays and our favorite burgers and sandwiches are unattainable. There are, of course, a few other sides available with flex money, but overall, our freedom to choose our second Sunday supper has become extremely limited.

The choice of food (or lack thereof) is not the only missing piece of our regular Sunday night Hub routine. There is now an awkward gap of waiting time after P&W due to the fact that the Hub doesn’t open until 10 p.m. instead of 9:30 p.m. like last year. Of course, sitting around for an extra half hour is not the end of the world, but it does cause more problems when we are finally allowed into the Hub. For instance, once inside, the line stretches from the counter to the door as people quickly claim tables and grab the few pre-made pizzas that are available. After the first twenty people in line have gotten their food, others must wait even longer while the staff struggles to keep up with the line that would have been more manageable if they had only opened earlier.

One time, this immense need for pizza caused the line to become so backed up the Hub staff had to keep re-asking people what pizza they had ordered so they could make a new one. Because of the length of the line and the great need for pizzas (and because of receipt slips that had evidently been lost), the Hub was unable to keep up with the orders. After roughly 20 minutes of waiting for our pizzas, we were called back to the counter. They needed us to tell them one more time what we had ordered because they had not been able to stay on top of the pizza rush and had apparently lost whatever means they had of recording our orders.

Though the Hub is frustrating on Sunday nights, I would like to acknowledge our friendly Hub workers and commend them for doing their best under a time of transition and new management. I just hope as time goes on, the Hub is able to return to its former glory and give us back some of the choices we are desperately missing. 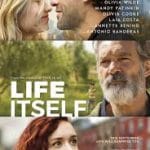 “Life Itself” not perfect but ok 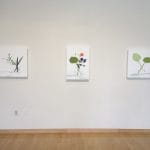