After a successful 2011 campaign that included a 12-7-1 overall record, a 6-4 record in the GPAC and a trip to the conference semi-finals, the Raiders didn’t graduate a single player. “Yeah, we have high expectations,” said head coach Dan Swier. “It’s an experienced group of players with a good freshman class. We definitely expect to equal our accomplishments from last year, and we hope to go beyond them.”

According to junior midfielder Nick Hengst, an All-GPAC selection last year, the quality freshman class will pose one of the biggest difficulties NW will face this year.
“It’s going to be difficult to incorporate all of the talented freshmen that we have into the team,” Hengst, a team captain, said. “The coaching staff did a great job of bringing in quality freshman players. I think it will just take a little bit of time to make sure that we are using each of them in the best possible way.”

“Goalkeeper will be totally different,” Swier said. “We have three goalkeepers on the varsity roster, two of which are freshmen. We hope that one of them steps forward and takes the position. It will take the rest of the team some time to mesh with the new faces behind them.”Junior Alex Plagge and freshmen Austin Stoez and Aaron Bosch are vying for the spot.

But despite the inexperience at goalkeeper, the Raiders expect to be a competitive squad once again this season because of their experience and talent.

“Having so many returning players makes the team chemistry and dynamic that much better,” Hengst said. “We have a very skilled and talented squad this year and we are full of potential, so to sit back and be complacent with our talents and abilities would be an incredible waste of a season. If we stay focused and determined through the good and bad times, we will be a very tough team to hang with this year.”

The Raiders travel to Arkansas this weekend for two nonconference matches. 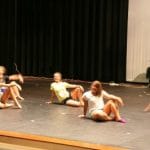