Professor Leif teaches theology here at NW, but he also loves listening to rock music, watching movies and playing in a band with his son called The Hiccups. They play at The Fruited Plain in Sioux Center. Leif’s top three favorite bands are The Foo Fighters, Metallica and Led Zeppelin. If he had to pick a movie that is a staple of American culture, he’d say Wayne’s World, though his favorite movie is Punch Drunk Love.

Leif grew up in Willmar, Minn. until he was in sixth grade, when his parents moved his family to Mason City, Iowa. He attended Mason City Newman Catholic high school before coming to NW. College was a very important time of self-discovery for Leif.

“For me, college was the place where I was introduced to an entirely different way of thinking and it changed my life, set me on a certain trajectory,” he said.

Leif pursued theology and philosophy because he loved thinking about big ideas.

He also loves philosophy and trying to find what truly matters. He had a painful moment of clarity when he experienced the death of a family member.

“My wife and I lost a child,” Leif said. “We had twins, and we knew one was going to live and one wasn’t. That was an important moment for me, because when you lose a child, even though she only lived for a day, it changes the way you think about the world. It changes how you think about what really matters and doesn’t matter. For me, that was a sad moment, but also a moment of clarification of what really matters and what doesn’t.”

His first teaching job was at a small Christian high school in Bigelow, Minn. for one year before moving to Pella where he taught history and Bible at Pella Christian High School. Once he had his master’s degree from Wheaton College, he taught at Dordt College for ten years. He also earned his Ph.D. from Luther Seminary.

His teaching philosophy is centered around the idea that teaching students facts is not as helpful as teaching them to understand the concepts. A lot of his classes are discussion-based.

“I’m much more interested in creating a space where students can talk back to me so that it’s not just me answering questions that nobody is asking.”

His all-time favorite class to teach is theology and pop culture. In this class, students watch films and listen to music, trying to understand what’s going on in the world and how things connect. One of his other favorite classes is spiritual formation. For the first part of class, they meet at the Church of the Savior spending time in prayer, and then go back to the classroom.

“I just like helping students explore spirituality and some of the practices. It’s interesting for me to see them awaken to what spirituality is really about and helping them become more comfortable in their own skin,” he said.

He hopes that through this class he can help students recognize “that spirituality isn’t overcoming our own humanness but embracing it.” 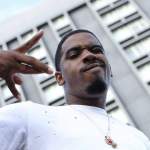 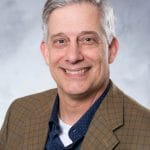