Fall break is almost here!  For students sticking around for the weekend, head to Prairie Winds Event Center on Friday, Oct. 11 from 7:30-9:00 p.m. for some “Spooky Silents.”  This event will kick off the 2019-20 season of Orange City Arts, a nonprofit dedicated to bringing arts into the community and supporting local talent.

Tickets are $12 for students, this includes college students, and $18 for other adults.  Tickets can be purchased at the door or ahead of time by calling (712) 707-6514 or visiting their website. Doors open at 6:30 p.m. where guests can participate in some pre-show events and even make a themed craft before  the performance begins at 7:30.

The Peacherine Ragtime Society Orchestra will be playing ragtime hits to accompany various spooky silent films starring the famous Charlie Chaplin, Laurel & Hardy and Buster Keaton.  Features include “The Adventurer,” “The Haunted House” and “Habeas Corpus.”  The orchestra will be playing the original scores that historically accompanied the films along with other ragtime tunes.

Guests are encouraged to channel their inner Gatsby by dressing along with the Roaring ‘20s theme.  So, students pull out some headbands and suspenders and get ready to jump into a distant age of prosperity free from writing papers and studying for exams.

Wesley Ruden, general manager of Prairie Winds, said, “I’m looking forward to the event in general.  It’s so unique to have a silent movie being played to the tunes of a live orchestra.  It’s something we don’t have the opportunity to see here in Orange City very often.”

As stated in a news release from Orange City Arts, “Peacherine Ragtime Society Orchestra has been praised for its work to preserve and share America’s rich musical history through tours around the United States to bring audiences concerts and silent film programs.”

The Peacherine Ragtime Society Orchestra was founded by their conductor, Andrew Greene, in 2010 when he was a freshman at the University of Maryland.  Now proclaimed, “the premier American ragtime ensemble” by the Washington Post, the Maryland-based group has performed at venues like The Kennedy Center, The American Film Institute and The Library of Congress.

The orchestra prominently performs music from the late 1800s and early 1900s.  With archive access of over 15,000 scores, they play everything from George Gershwin to Irving Berlin to Scott Joplin.  The group also records for Rivermont Records and currently have four albums out.  More information about the group can be found by visiting their website at peacherineragtime.com

If you can’t make this performance, the 2019-20 season of Orange City Arts “Seeing is Believing” offers five other performances later throughout the year.  To learn more about these events visit the Orange City Arts Council’s website at orangcityarts.net. 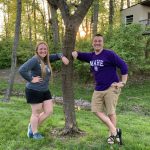 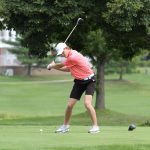