Four of the six resident directors at Northwestern have earned their master’s through Taylor University’s higher education graduate program in Indiana. This goes for Caylan DeLucia and Jason Katsma, the new resident directors for Stegenga Hall and North Suites respectively. However, DeLucia and Katsma’s journeys were intertwined before working at NW.

DeLucia grew up in Indiana, attending Huntington University for her undergrad in social work, followed by earning her master’s in higher education and student development from Taylor.

Katsma, of Boise, Idaho, is a ’14 alum of NW, graduating with a degree in mathematics and an education endorsement. He taught at MOC-Floyd Valley for one year, worked as an admission counselor for NW for two years and then made the decision to continue his academic career at Taylor University – in the same program as DeLucia.

“I wondered if there was a job for me in the dorms,” Katsma said. “I liked teaching, but what I was teaching wasn’t what I was hoping for. I loved math, but I wanted to teach more about how you live and how you’re faithful in day to day life.”

In Indiana, DeLucia and Katsma were the only two in the program to share the same boss, along with being in the same classes, experiencing life together for two years and ultimately becoming good friends.

DeLucia knew she wanted to work for a Christian school, and she had been scouting the Association for Christian Student Development job board. She mentioned this job opening to Katsma, but she had her doubts because it was in Iowa. Katsma encouraged her to apply, without knowing the RD position for the suites would be opening. He had told her, “Well, it’s a really great school.

“That’s all he said, and that phrase would not leave my mind.” DeLucia said. “I felt the Lord was nudging me to apply.”

After DeLucia applied, dean of residence life Marlon Haverdink called to let her know they received her application. He would be in touch and praying for her during this time. DeLucia remembers running to Katsma, saying she wanted to work for Haverdink.

After DeLucia applied, the RD position for North Suites opened, so it seemed fitting that Katsma would apply. Katsma admits that it was weird to come back to his alma mater, but ultimately it was the right move for him and his wife, Alexia.

“It felt like coming home. It felt right,” Katsma said.

“When they offered me the job, I didn’t even have to think about it. I said, ‘Heck yes, I’m in,’” DeLucia said.

DeLucia and Katsma packed up their lives in Indiana and shared a UHaul to Iowa.

DeLucia is thriving in her new role at Stegenga. She already started a new tradition for the hall: Flapjack Friday, but at 10:30 p.m. on Thursdays.

“I hope the guys realize they are not alone. It’s cool to care deeply about something other than sports, and I hope to point people toward Christ,” he said.

Katsma enjoys the fact that North Suites is a smaller hall, so their events can have an attitude of spontaneity to them, such as going to a Twins game on a whim.

“I wouldn’t want to do anything else right now or be anywhere else. Northwestern is a really great school – Jason was right,” DeLucia said.

The two are excited about this new season in life, and it makes the transition even smoother having a familiar face on campus. 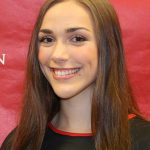 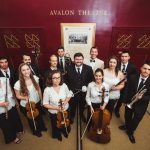