People across the nation tuned into the match-up of Northwestern and Morningside this past Saturday, the number three and number one teams in the GPAC, respectively.  The two GPAC teams played on NW’s turf in front of approximately 3,000 fans. After back and forth touchdowns, NW ran out of time and gave Morningside the 42-34 win.

Next, the NW defense forced a punt, and the Raiders took the 14-7 lead within their next possession when Jacob Kaloginis finished the Raider’s forward plays with a 10- yard touchdown run.   The Red Raider offensive success translated to continued defensive success, and yet again the Raiders forced Morningside to punt on their possession.  NW then took another touchdown, this time carried across the line by quarterback Tyson Kooima, giving NW a 21-7 lead in the first minutes of the second quarter.

This two-touchdown setback was Morningside’s largest deficit of the season.  However, the Mustangs left the field at halftime with a 28-21 lead after three touchdowns to complete the second quarter.

Not long into the third quarter, the Raiders took back scoring after ten plays and 75 yards, with Kalogonis running the ball across the line, tying up the game  28-28 for the rest of the third quarter.  Braxton Williams, who responded after all of NW’s touchdowns with successful extra point attempts, kicked a 24-yard field goal, putting up the first points on both sides in the fourth quarter and giving NW a 31-28 lead.

However, Morningside responded with a 75-yard drive complete with a 22-yard pass across the goal line to put them up 35-31 with 11 minutes left in the 4th quarter.  Six football minutes and one NW turnover later, Morningside took another 7 points and was only answered by NQ with a 38-yard field goal by Williams, to finish off scoring at 42-34.

While offense was strong this past Saturday, the NW defense held Morningside from doing much more damage.  Tanner Machacek had a season-best of 10 tackles.  Sean Powell and Nate Bennett had 9 tackles each, with an added quarterback sack for Bennett.  Garrett Sayler and Bryce Van Beek were not far behind on the stop-count, each taking 8 tackles for the day.

The loss was the first of the season for the men on NW’s football team, moving them to 6-1 overall.  The Raiders look to jump back on their winning streak this next Saturday in Hastings, Neb. 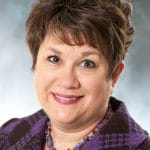