If you are a public relations major at Northwestern, someone has probably asked you at least once (in a confused tone): “What’s public relations, and what can you do as a job?” PR majors know there are a wealth of career opportunities to choose from.

The major is diverse, and students learn to speak, write, research, design, advertise and plan effectively. They can work in places that seem not typical for PRA like hospitals. That was just what Ann Minnick, Associate Professor of Public Relations at NW, did for a large chunk of her career in PR.

Healthcare experience ran in Minnick’s family. Her father was completing his medical internship at Broadlawns Hospital in Des Moines, Iowa when Minnick was born. From Des Moines, she spent some years of her childhood in Arizona on Native American reservations while her father worked as a doctor with the Indian Health Services. Her family later relocated to Orange City. Minnick spent a lot of time traveling with her father to make house calls, nursing home visits and hospital trips for his work once in Orange City.

“I often drove him to the Sioux Center Hospital when he had to do surgery at night, and I would do my homework in the lobby while he worked,” Minnick said.

Even though she grew up with a father heavily involved in the medical field and she herself volunteered at a local hospital, she had no interest going into a medical career when the time came to transition to college. Instead, Minnick double majored in political science and communications at NW.

“I liked writing, speaking, planning and art. I found in PR I could do all of these things that I loved,” she said.

After NW, Minnick continued to pursue a career in PR by completing her graduate degree at the University of Iowa. Her work was in PR and Hospital and Health Administration, influenced by her many years of being in the healthcare environment.

Since graduating with her masters, Minnick has worked PR in four different hospitals and done freelance non-profit work. She enjoys the diversity of work PR offers and all the different moments being in PR entails.

In her years spent in healthcare, she saw both difficult and joyful moments. She dealt with train derailment, air ambulance and plane crashes and tornadoes that brought challenging media relations situations.

However, Minnick also saw the opening of an eight story wing at the University of Iowa Hospitals and the opening of the new health system in Orange City. She got to run media relations for hospital VIPs and do media stories and news conferences for individuals on the cutting edge of healthcare.

In healthcare, there were also teaching opportunities. Minnick supervised interns from colleges and universities and led employee teaching and training. From this, Minnick found she also had an interest teaching—she even taught as an adjunct at NW. Given her years of experience in the PR field and interest in teaching, she was approached for a job at the college when the PR major was created.

Since then, Minnick has enjoyed her time as a professor in PR. Her career demonstrates where passions can lead and even where different passions can intersect. 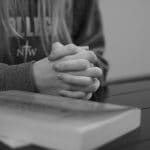