The Northwestern men’s basketball split a two-game road trip last weekend as the Raiders fell to Mayville State 81-57 and bounced back with a win over Valley City State 99-68.

NW now stands at 2-1 after the weekend’s non-conference matchups and a 144-44 win over Oak Hills Christian the previous weekend. Mayville State is currently 4-1 on the season, and Valley City St. has a record of 0-5.

After a first half that remained close through 17 minutes, the Comets ended the half on a 12-0 run to take a 42-30 lead over the Raiders at the half. Mayville State improved their shooting performance to extend the lead, carrying their lead all the way to a 24-point victory. The Raiders had three players in the double-figures as Trent Hilbrands finished with 13 points, Craig Sterk with a double-double of 12 points and 12 rebounds, and Jay Small with 10 points. Simon Ramirez led the Comets with 16 points and five boards.

Saturday was a different story for NW, who used a second-half surge to sink their opponent. The Vikings tested the Raiders early, taking a four-point lead with 12:25 remaining in the first half. From that moment, a pair of three-point field goals by Hilbrands propelled NW to a scoring run that extended their lead to 20 points at halftime. The Raiders held VCSU to a 39% shooting percentage in the first half, while draining eight first-half threes of their own. The consistent offensive output followed NW into the second half, as they shot 50% from the field. The Raider defense also forced 21 turnovers on the day, scoring 24 points as a result. In addition to NW’s large point totals, they outrebounded VCSU 39-25.

Hilbrands led the way in scoring with 27 points, Noah Slagter finished with a career- high 15 points while shooting three-for-three on his three-point attempts. Grant Rohrer led the Red Raiders in rebounds with eight and Grant DeMeulenaere finished with four assists.

The NW men will return to the Bultman Center this weekend for the Northwestern Classic, a weekend involving a total of eight games over a two-day period. The Raider men will face Ozark Christian at 7:30 p.m. on Friday, Nov. 8 and Viterbo at 4:00 p.m. on Saturday, Nov. 9. NW women’s basketball will also be in action at the Northwestern Classic as they face Presentation on Friday, Nov. 8 at 5:30 p.m. and Haskell Indian Nations at 2:00 p.m. on Saturday, Nov. 9. 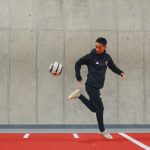 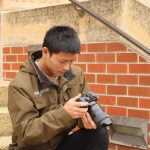