Hardened by personal tragedies and uncertain times, two unlikely lovers grapple with their fears of vulnerability as they uncover their true feelings for each other in the award-winning romantic comedy drama “Talley’s Folly.”

Northwestern College’s production of the Pulitzer Prize-winning play will open next week.

The story is set in a dilapidated boathouse in Missouri on a summer evening in 1944.

On opening week, seniors Andrew Stam and Greta Floding will portray the characters, and on closing week, sophomore Jackson Nickolay and junior Abby Bierly will assume the parts.

“Matt can stay calm and collected for quite some time, even when nothing is going his way,” Stam said. “He’s very rational and logical. Things have to make sense to him.”

The character’s counterpart is just the opposite of Matt.

Throughout the play, Matt and Sally go from hostile to playful to miserable as they discuss the issues of the time,such as the war, anti-Semitism and union organizers,as well as their own personal tragedies and disappointments.

“Students will enjoy the show because there’s a lot of sexual tension,” Floding said. “We mapped out a kiss and it’s like five seconds long.”

With only two members in each cast, the play is highly demanding for the play’s few actors.

“You have to be mentally alert for the entire show. It’s very tiring,” Stam said.

Other cast members agree and find the play to be challenging.

During rehearsals, the two casts worked together to create similar versions of Matt and Sally.

“Jackson and Abby would do a scene, and then Andrew and I would do the next,” Floding said. “We borrowed things from each other and watched how we interpreted our lines.”

However, the two casts have their own nuances.

Besides rehearsals, the actors have also dedicated much of their own time to practicing individually.

“I was constantly asking my friends to quiz me on my lines,” Floding said.

Stam had other tactics to help him rehearse.

“I’d mime the whole play by myself in the theater,” Stam said. “I need visual aid to learn my lines, so it helps to be in the space. I also rehearsed my lines in the shower, which created a problem when other people were in there.”

Tickets are free for all NW students and can be reserved from the box office by e-mailing boxoffice@nwciowa.edu, by calling 712-707-7098 or by visiting between 4 and 9 p.m. Monday-Friday or between noon and 5 p.m. on Saturday. 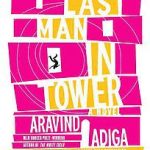 Story of the last man standing