“You don’t go down in history if you overdose… you just die”-Mac Miller.

Malcom McCormick also known as Mac Miller was found dead of a suspected drug overdose in Studio City, California, on Friday Sept 7. After the news of his passing surfaced there was an outpour of sadness and condolences by a large array of celebrities (mostly artists), which is common with each death of someone who is in the public eye.

Miller first gained popularity in 2010 with the platinum single “Donald Trump” and the following mixtape Best Day Ever. Early in his career, he was known as “Frat rapper,” and his lyrics were heavy with party references and clichés that you would expect of a young white kid from Pittsburgh.

But as he grew up, so did his music. Each album proceeding Blue Side Park showed a different side of Miller as a person and as a musician and boasted better, more ambitious production, deeper and more meaningful lyrics and more insight into who he was. This all seemed to culminate with the 2014 mixtape Faces, which was Miller’s most critically acclaimed, vulnerable and introspective project to date. Miller opened up about depression, drug addiction and his struggles with his own personal demons.

The story of Mac Miller is a heartbreaking one. Redefining yourself as an artist and escaping the box that critics and fans are eager to put you in is a feat that not many attempt or accomplish. Miller not only did exactly that, but is also partially responsible for launching the careers of artists like Chance the Rapper, Vince Staples, Ab-soul, Earl Sweatshirt, Action Bronson and others.

Mac Miller’s impact on the world musically spans much more than the projects under his name and will continue its impact for decades to come. What makes Miller different from the others, and what makes his death especially tragic, was his impact as a human being. The stories and words shared by the music community in response to his untimely death were almost all about Miller as an artist second and a good person first. Not only is this rare among artists, but it is something that is rare among many successful people, especially those who are famous.

There was what seemed like a constant outpouring of stories and anecdotes about how great a friend he was, how he helped so many people both musically and personally. Miller was not someone to try to hide his struggles with the world or his friends and although his personal battles were evident, it was clear that that didn’t stop him from being kind and caring to those around him.

Mac Miller was and is an inspiration to many people and will be deeply missed as an artist and a person. Thank you Mac Miller. 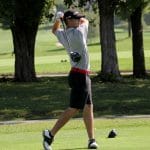