Politics are divided between two frothing combatants, and society is struggling with the now acute awareness of sexual abuse rampant in the American workplace. Everything has become chaos. As such, affirming one’s beliefs has become not only dangerous, but meaningless.

This is exemplified with the nebulous maelstrom of Brett Kavanaugh’s Supreme Court nomination. When his nomination was announced, there was a mixed response amongst party lines, but the recent accusation of sexual misconduct on Kavanaugh’s part has changed the narrative; the nomination has now become controversial on a multitudinous level.

Since the Me Too movement of last October, there has been an explosive wave of allegations flung at powerful men. I would like to point out that I cannot begin to capture the importance of this movement. Too long have victims of sexual assault and rape been silenced due by their abusers or hindered by fear that if they spoke up, no one would believe them. This movement resonated with a great many people. And for good reason.

As a victim of sexual abuse, this movement inspired me and gave me hope. I also proclaimed #MeToo last autumn, and I received swift support and consolation for my old, terrible wounds. Overall, it is a force for a net good. However, I must say I feel the movement has become abstract and therefore less focused than it was in its inception.

So, in the middle of partisan squabbling about Kavanaugh before the Senate Judiciary Committee, Sen. Dianne Feinstein mentioned the existence of a complaint against Kavanaugh by a woman who claimed to be sexually assaulted by him during high school: Christine Blasey Ford. She argued Kavanaugh and another teenage boy were at a house party when Kavanaugh and the other friend “corralled” her into a bedroom, where Kavanaugh pinned her down, groped her and grinded against her while attempting to pull off her clothes, covering her mouth so no one could hear her screams.

According to Ford, Kavanaugh got away when one of his friends jumped on the bed and pushed them away from each other. It’s important to note Ford doesn’t recall exaclty where or exactly when this alleged assault occurred. The primary evidence she does have are her therapist’s notes from 2012 on a rape attempt by a now “highly respected and high-ranking members of society in Washington” and a polygraph taken with a former FBI agent. Apart from these examples, there’s nothing else, no witnesses or evidence, to be found.

The allegation toward Kavanaugh is suspicious to me. Not for how recently it came out, but soleley for the fact it was brought forth by Feinstein with little to no evidence.In the eyes of most progressive thinkers, it seems those who are accused of sexual misconduct (particularly men) are assumed guilty until proven innocent. And while I sadly understand on a deep level why many feel this way, I cannot reconcile the fact that this spits in the face of what any sane person would call due process.

Should Kavanaugh be investigated before the vote is cast? Absolutely. However, being accused of doing something and actually having done it are two very different things. If he did it, he’s a monster. If he didn’t, he’s still a pawn of Trump’s. If she’s telling the truth, she’s a victim. If she’s lying, she’s a monster.

There is no positive outcome to this situation for anyone, least of all the American people, who will end up either with yet another strict constitutionalist and conservative in the Supreme Court, tipping the scales towards a Republican majority, or another vacant seat. 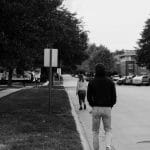 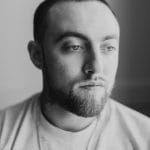