With the first 2020 presidential primary election still over a year away, candidates are already distinguishing this election cycle from previous ones with historic numbers of women expected to run.

Senator Kamala Harris (D-California) caught the nation’s attention during her aggressive, rapid-fire questioning of Brett Kavanaugh before he was confirmed to the Supreme Court. Shortly after the questioning, she agreed to “take a serious look at” an election bid. She officially announced her run on Martin Luther King Jr. Day, saying she felt “a sense of responsibility to stand up and fight for the best of who we are.”

Senator Kirsten Gillibrand (D-New York) told Stephen Colbert, host of “The Late Show with Stephen Colbert,” that she is forming an exploratory committee to raise money for her campaign and tour the country in preparation for her run.

Gillibrand said, “I’m going to run for president of the United States, because as a young mom, I am going to fight for other people’s kids as hard as I would fight for my own.”

She also noted that the political energy is unprecedented among Democratic women this year, even compared with Hillary Clinton’s run in the last election

Senator Elizabeth Warren (D-Massachusetts) announced her official run quite recently, though there has been speculation that she would ever since she released a genetic test revealing her Native American ancestry. She called for Americans to elect a female president. Additionally, she wants to fight to build “an America that works for everyone” and rid the corruption in the nation with structural reform, as published by an article in the Huffington Post. Unlike some of the other potential female candidates, Warren has the advantage of name recognition among many voters.

Senator Amy Klobuchar (D-Minnesota) also recently announced that she is running for president in the 2020 election. Klobuchar is known for her bipartisan efforts and a strong focus on less divise issues. Like Harris, Klobuchar gained recognition and admiration for asking Kavanaugh tough questions during the recent confirmation hearings.

Representative Tulsi Gabbard (D-Hawaii) confirmed her run on January 24 with a campaign video. CBS News quoted her saying, “There are a lot of reasons for me to make this decision. There are a lot of challenges that are facing the American people that I’m concerned about and that I want to help solve.”      Some of the issues Gabbard listed were health care, criminal justice reform and climate change.

Marianne Williamson officially announced her candidacy on Jan. 28. Williamson does not currently occupy an office, which will prove challenging as she runs for the presidency. Williamson believes the nation should return to a basic sense of morality and decency.

Political scientist Kelly Dittmar predicts the influence of women in the upcoming election, noting that “for men who are running in 2020, particularly on the Democratic side, there will be increased accountability in terms of their perception and actions towards gender equity.”

Though these early numbers are already making history, this is not the first appearance women have made in a presidential race. In 2016, Hillary Clinton won the Democratic nomination and Carly Fiorina ran in the Republican primary, among others. 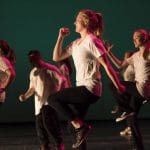