Over the last 15 years, RUSH has been an annual student-run performance on Northwestern’s campus. It was originally started by a few students, including Rebecca Donahue, “Our mission the first year was to bring all different dance forms to an audience that may not otherwise see the variety the dance world has to offer.,” she said. Since then, it has grown into an open opportunity for people, no matter their dance background or ability, to be on-stage telling stories with their movements.

The intricate process of choreographing a dance is one of creation and patience. Through the dance, the choreographers are trying to portray a message or share a story that will impact the audience.

They create in a way to reflect God’s own creation, and through this, the students performing become a part of something greater. As the choreographers work with the students through practices, they try to make an enjoyable experience for the performers and also the audience.

With auditions at the beginning of the second semester, the choreographers had plenty of time to prepare their moves and songs. For the past few weeks, practices for the performers have been four to five hours a week in order to feel comfortable and ready for their future performances. The groups rehearse all over campus, even in Hosper’s lobby, before practicing on-stage the week before performances start.

As anyone who auditions for RUSH automatically gets a part, the event has a variety of skill and experience involved. Anyone is welcome to dance, and because of this, over 100 students are a part of the performance, with seven to eight dances in all. The dances cover a wide span of genres between tap, ballet, lyrical, hip hop, jazz and many others. The lighting is even specific for each dance as lighting designers try to replicate the choreographer’s story through their own visual art.

“RUSH has created such a unique community full of support for each other because you have people with years of experience mentoring those who are new to dance in order to put on one cohesive show,” Donahue said.

The combination of skilled and new dancers creates a friendly atmosphere where students can expand in their dancing skills but also create new friendships. Rachel Koertner, a NW student performing in her third year of RUSH, said, “I love that anyone can join, no matter how much experience they have, and everyone just wants to have fun.” 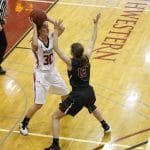 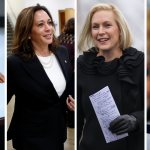