Northwestern senior Brandon Smith, All-American running back for the Raider football team, participated in the NFL regional combine in Chicago on Sunday, March 10.

“It’s definitely disappointing,” Smith said. “According to their standards, I was overqualified to make the Super Regional. But I realize it’s sort of a politics game, and I don’t regret doing it. I did the best I could, and that’s all I could really control.”

NW head football coach Kyle Achterhoff coached Smith for four years. According to Achterhoff, there are few players even at the NFL level with Smith’s explosiveness and size.

“I really think Brandon deserves a chance to play at the next level,” Achterhoff said. “He has the skill set to be a player in the NFL, and I think if a team gives him the chance, he can make a team. I’m still holding out hope that someone will call.”

Both Smith and NW defensive lineman Jordan Carlson received invites to the combine through Achterhoff, but Carlson already had a contract with the Jacksonville Sharks of the Arena Football League, so Smith was the lone Raider in Chicago. To prepare for the competitions, Smith trained with NW conditioning coach Kyle Ochsner, who said he was very impressed with Smith’s work ethic.

“We used some very complex and advanced training methods that he attacked every training day, and he excelled at them,” Ochsner said. “I have worked with athletes who are Division-I national champions and All-Americans, and I can honestly say that that Brandon is right up there with (them).”

When Smith arrived in Chicago, he was dropped off at the competitions in the Chicago Bears’ official practice facility — a massive step up from NW’s weight room.

“I walked in, and they had (legendary Bears running back) Walter Payton on the wall,” Smith said. “Just being in there was really cool.”

The players were split up by position, and wide receivers and running backs warmed up together. Smith was competing against players from around the country, mainly from bigger NCAA Division-I schools.

“The guy working out in front of me was from Auburn, and the guy behind me was from Purdue,” Smith said. “It was a little intimidating. Obviously I was from a little bit of a different situation than all of them, but as far as my workouts were going, I felt like I stood up to them.”

Smith outperformed his more highly-touted counterparts in many of the categories. Achterhoff said he wasn’t surprised by Smith’s results.

“I have been around Brandon long enough to know that he has the physical abilities to perform at that level,” Achterhoff said.

Although he won’t be competing in Dallas, Smith said he was glad he participated in the event.

“I figured I’m not losing out on anything by trying,” he said. “It’s a once-in-a-lifetime thing. I had to at least give it a shot, and I was happy with how I did.” 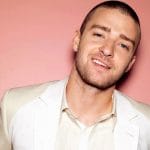