It’s a 4X game, the four Xs standing for Explore, Expand, Exploit and Exterminate. Most 4X games are slow-paced, methodical affairs, full of chin-stroking strategies and sneaky political maneuvering. “StarDrive” is more of an action game, facilitating much speedier raising of armies and conquering of planets — or peaceful expansion and friend-making. Additionally, the ability to take direct control of a ship and fly it around manually can make for great fun, especially in small skirmishes when proper helmsmanship can guarantee decisive victory.

The fun little features aren’t what sets “StarDrive” apart from the competitors. It’s the character. Most 4X games are clinical, and stare down their spectacles at you with high expectations, dumping the player into a hostile, sprawling canvas. Some are harsher than others, but none lay any particularly hearty welcomes.

“StarDrive” wants desperately to be played. Pleasing to both the mind and the senses, it certainly deserves the players. Somewhat unfortunately, the tutorials are fairly insubstantial. Paragraphs of text, although easily accessible, form more of a help system than a real tutorial. The best kind of tutorials are those that are played, not seen or read.

Once the game is more complete, it will be a glorious chunk out of the barrier to entry to 4X games. Regardless, the complexity can be mastered simply by floundering around.

But the character is wonderful. The diplomacy screens are vivid and alive with color, and there are outstandingly designed races, each with cleverly-written quirks and mannerisms. Even the different races’ spaceships reflect their aesthetic quite handily, and make fights easy to follow even with a minimal amount of information on the screen at the same time. The many ways each race can and will respond to the player’s activity are lovely and accompanied by personal messages based on how much they hate, fear and trust the player’s race. There’s been a lot of love poured into this game’s design.

What “StarDrive” has going for it far outweighs the list of downsides, but little irritations are present, and their scarcity seems to amplify them. The small frustrations with controlling the ship can lead to irritating attempts to gain an edge in fights before realising that time might be better spent just managing the whole empire instead of fiddling with a single cruiser. The planet-side combat is a bit underwhelming when compared to the spacefaring shenanigans, and it seems to come up a bit too often considering how uninteresting it can be. These aren’t huge problems, but rather minor plateaus of fun in such an engaging game.

“StarDrive” is still in beta, but it has been released on Steam (a popular digital distribution platform) for pre-purchase that allows for beta access.

Fans of the genre who are interested in something with a bit more flair and newcomers who have felt intimidated by the massive learning curves that other 4X games present will enjoy what “StarDrive” can provide. 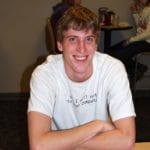 Archer stays on stage despite condition 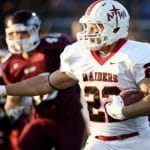