“Snitch” faces a rather complicated problem: No demographic group will enjoy it. This is a shame because the preconceived notions viewers bring in will likely make them miss a surprisingly decent movie.

Dwayne “The Rock” Johnson plays John Matthews, a contractor whose son is caught receiving a huge shipment of ecstasy and — according to mandatory minimum sentencing laws — is looking at spending at least 10 years in prison. In an attempt to reduce his son’s sentence, Matthews goes undercover for the Drug Enforcement Agency to try to bring down a dangerous drug cartel. He soon finds himself well over his head and in grave danger.

A big part of the problem was the trailer. The focus of the trailer was the climactic car chase and the gang-related gun battles, which made “Snitch” look — on the surface — like any other movie starring The Rock. This attracts Johnson’s fanbase while simultaneously turning away the kind of person who would enjoy “Snitch” for what it is, a surprisingly well-acted drama with a few scenes of intense action.

The decision to hire The Rock is puzzling. Put Denzel Washington in The Rock’s role, and “Snitch” is likely to be lauded for its solid acting and plot development. And this isn’t necessarily fair. The Rock delivers one of the most believable, realistic performances of his career. His shirt stays on throughout the film, and he emotes like a father who is confused and earnestly trying to help. What’s more, director Ric Roman Waugh develops the relationship between Matthews and his family convincingly.

But The Rock’s physique and reputation presents an inherent problem to the movie’s believability. Even a discerning viewer who recognizes Johnson’s solid performance knows Johnson’s reputation as an all-powerful action star. This makes the realistic actions and reactions conversely unbelievable. Early in the movie, street thugs pull Johnson from his car and beat him senseless before a passing cop chases them away. This is a tough sell for viewers because, frankly, The Rock is 6’4” and 265 pounds of sheer hulking muscle, and we have seen him playing a special ops character or the Scorpion King too many times. Viewers will find themselves wondering why he doesn’t just fight back and crack their heads on the ground.

The answer, of course, is that he’s John Matthews, a divorced father and family man — not the Scorpion King. And if the problem “Snitch” struggles with the most is that it is distractingly realistic, that’s a pretty acceptable problem to have.

It’s not a perfect film, of course. The ending is perhaps too clean, and the opposition to the mandatory-minimum sentencing is heavy-handed at best, distracting and counterproductive at worst. The female characters are unlikable and, excepting Susan Sarandon as the DEA prosecutor, unimportant.

“Snitch,” for the most part, comes down to a question of preconceived notions. If viewers want a fast-moving movie full of explosions, they will be disappointed. But if they can put aside their preconceived biases for (and against) The Rock, they will be pleasantly surprised. 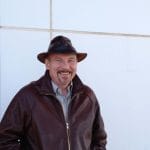