The Lady Raiders softball team has shown a resilience to fight back late in games over the past week. The squad turned in a 5-1 overall record, with three of the wins needing runs in the final inning for a victory.
On Tuesday, Northwestern swept Dakota Wesleyan to improve to 13-7 (4-0) on the year.
Game one was a 5-2 win. Senior third baseman Heidi Esdohr and freshman centerfielder Kara Nonnemacher supplied two hits and two RBIs a piece. Sophomore Keely Bracelin earned the win.
Senior catcher Shelby Johnson accredits Bracelin’s success to the attitude she brings to the team.
“Keely is such a hard worker,” Johnson said. “No matter what comes at her she wants to do well for the team and always keeps her energy up.”
The second game was a 2-1 pitcher’s duel. Sophomore Katie Vander Voort helped her cause in the circle with a 2-3 day at the plate, and scored the go ahead run in the top of the seventh. After singling, she stole second and advanced to third on a sac fly. Nonnemacher knocked her in with a single for the deciding run. NW saved a split against Buena Vista last Saturday with a four-run top of the seventh in the second game. The Raiders sent 10 batters to the plate in the innings and scored four runs off four hits and two walks.
Senior Kami Kuhlmann also had a solo home run in the fourth inning and two RBIs in the game. Johnson reached base on all four trips to the plate with two hits and two walks.
The Raiders opened up conference play with a bang last Friday night in a doubleheader against Concordia. They scored four runs in the bottom of the seventh to pick up a 10-9 win in game one, and then held off a Bulldog rally for a 6-5 win in the back end of the series.
Going into the final half inning down 9-6, NW refused to go down easy.
“We had a ‘go get ‘em’ attitude,” Johnson said. “We were all fired up and the dugout was chattering away because we knew that we could score.  We have been behind in games before and have come back, so we knew we could do it again. As a team, we always talk about it’s not how you start, it’s how you finish. We just had the will to get the job done.”
Sophomore Jordan Biehle and Nonnemacher got on base with one out to allow the top of the order to knock the runs in.
Freshman Jill Kleinhesslink scored a one-run double, and Esdohr joined in with a RBI single of her own to put the game at 9-8.
With a runner at third and two strikes on her count, head coach Chris Nachtigall called for Kuhlmann to lay down a squeeze bunt. The scramble that ensued resulted in an error on Concordia and the tying run crossing the plate for NW.
Johnson was on deck when the gutsy play happened.
“When coach takes risks like that and they’re executed well, it gets me fired up and more excited to hit,” Johnson said. “Thanks to Kami’s execution I didn’t have as much pressure to get a hit, either.”
Johnson did, however, pick up a walk-off single for the victory.
The squad will look to continue its hot streak this weekend as they play five games in Sioux City.
“We need to keep our mental game tough,” Johnson said.  “Having fun, being relaxed and finishing will be important for us to focus on this weekend.” 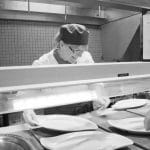 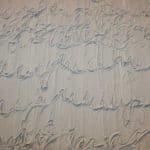