The Northwestern softball team has won seven of its last nine games and maintained its top-three standing in the GPAC. The team has improved to 20-16 overall on the season and 10-4 in the GPAC after its most recent three-game winning streak. Tuesday, the Raiders won both games of a doubleheader against Mount Marty. NW won the first game 5-1 and scored at least one run in four different innings.
Junior pitcher Keely Bracelin pitched a complete-game two-hitter. Sophomore Jill Kleinhesselink had two stolen bases and now has 35 for the season. She now holds the NW single-season stolen bases record.
“We have been working hard preparing for each game, and it is finally coming together,” said junior pitcher Alex Brower. “We are becoming a deep team. People come in and step up each game when needed.”
Northwestern won the final game 9-0. Junior pitcher Katie VandeVoort recorded her third shutout of the year and gave up only three hits. She improved to 10 wins on the season. The Raiders had 12 hits as a team to support VandeVoort.
“In everything we do, we just try to honor God,” said junior Jordan Biehle. “We always want to, first and foremost, play for God; then we play for each other. That is really our biggest motivation.”
On Monday the Raiders played and split a doubleheader against Midland. They lost the first game 4-2 and won the second one convincingly, 12-1, to continue their strong run through GPAC play.
After only getting four hits as a team in the first game, NW heated up with 11 hits in the second game. Junior first baseman Lindsey Remien went 2-2 with a home run. Freshman Laura Hurley went 2-2 with two home runs, and Kleinhesselink connected on a three-run homer. Freshman Tierra Fletcher and junior shortstop Alex Price each had a homer.
On Saturday, the Raiders traveled to Lincoln, Neb., for a doubleheader against Nebraska Wesleyan. The Raiders split the games and lost the first matchup 3-2 in a close contest.
“I think we have the talent to perform well defensively in pressure situations and just keep building consistency,” said head coach Chris Nachtigall. “Offensively, we want to be aggressive running the bases, (and) at the plate. We want to dictate the tone of the game. We’ve done that some games, but then we have let other teams dictate the tone, so we must improve in that.”
In the second match of the day, the Raiders dominated with a 10-2 victory. VandeVoort got her ninth win of the year. She gave up four hits and two runs in six innings.
“We are finally putting the pieces together it seems,” Biehle said. “We are just trying to keep working hard and keep getting better.”
Tonight’s doubleheader against Doane has been postponed and will be played on Wednesday, April 24th. Saturday’s doubleheader is still on schedule. 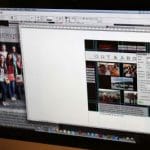 NW yearbook to return as app