On Tuesday, Nov. 27, Jim Martin from International Justice Mission will be at Northwestern.

He will speak in Tuesday morning chapel at 11:05 a.m. as well as during an Ngage session at 8 p.m. in the Vogel Room.

IJM is an organization working to end the slavery that still exists in this world.

Slavery is not a thing of the past. Slavery is an evident and ugly mark on history. It does not just exist in history, and the reality is there is more slavery happening today than ever before in human history.

IJM is dedicated to helping the more than 40 million people enslaved today. Their mission statement states they strive “to protect the poor from violence by rescuing victims, bringing the criminals to justice, restoring survivors to safety and strength, and helping local law enforcement build a safe future that lasts.”

IJM rescues people from all sorts of slavery, including bonded labor slavery where people are forced to work 19-hour days to pay back a debt. IJM works with local law enforcement to arrest slave owners and rehabilitate the survivors of slavery. Their website has several  ways one can get connected and help rescue captives.

Before joining IJM, Martin was a pastor at The River Church in San Jose, Calif. Throughout the years, Jim has spoken at churches, mission events and pastors’ conferences all over the world. He received a bachelor’s degree in education from the University of Massachusetts.

“I invited Jim to come and speak because I’m absolutely convinced that International Justice Mission is one of the most courageous organizations doing some of the most difficult work for the kingdom of Christ,” said Mark DeYounge, Dean of Christian Formation at NW.

In chapel, Martin will lay out a foundational vision for how justice is essential to the gospel of Jesus Christ and how Christians should respond to the evils of injustice in this world like sex trafficking, human trafficking and global slavery as a whole.

“I believe our campus ought to be a part of the abolitionist movement, seeking to abolish slavery once and for all.”

“This is a kingdom vision, and may His kingdom come on earth as it is in heaven through your efforts and mine,” DeYounge said.

According to DeYounge, at Ngage, Martin is going to talk specifically about “when there is sex but no love.”DeYounge believes people think things like sex trafficking are an out there but don’t know what to do about it.

“Here’s the deal – what if you could partner in the rescuing of those held in the oppressive captivity of sex slavery?” stated DeYounge. “What if you could be an abolitionist, partnering with IJM to end this global, systemic, evil injustice?  What if another’s liberation starts with your commitment?” 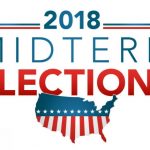