This year’s midterm election was marked by unifying successes, including record highs for voter turnout rate and the number of women running for office and holding congressional seats. At the same time, this election has reflected the great division that continues to shape the nation.

One of the most encouraging aspects of the 2018 midterm elections was the 47.5% nation-wide voter turnout rate, which has been the highest midterm voter turnout since 1966. Percentages historically tend to be much lower in midterm elections than in general elections; however, there has been a stimulating shift toward wider voter participation, especially from young voters and early voting in this year’s election.

The state of Iowa also had a record number of voters, with 61% of registered voters casting their ballot on election day.

“It was very exciting to see more people make it out to the polls and exercise their right to vote this midterm election,” junior Kelsey Lang said.

Records have also been broken in regard to the number of female candidates who ran for office and were elected to office. Before this midterm election, there were 107 women in Congress, which was an all-time high. Post-midterms, there are now 123 women holding congressional seats. This election has been compared to the 1992 “Year of the Woman,” where an unprecedented number of women were elected to Congress.

These record highs were also met with strong party divides across the country. This division is revealed in the divided legislature, as Democrats won the House for the first time in eight years after gaining more than the 23 seats they needed to obtain a majority, while the GOP still holds the Senate.

In the days following the election, Democrats continued to pick up many of the close seats in the House and Senate, prompting debate over whether this election can be considered a “blue wave.”

Now that the Republicans do not have a monopoly on the legislature, there is more opportunity for challenges to President Trump’s legislative agenda and potential Supreme Court nominations in the next two years.

“The election definitely feels like a referendum on the Trump administration. Iowans were hurt by his trade policy and Republicans lost two seats in Iowa,” senior Brant Vermeer said.

Iowa District 4 looked quite a bit different from the whole of the nation, however, as Republicans have accumulated more power following this election.

In the U.S House District 4 election,  Republican incumbent Steve King came out on top over Democratic candidate J.D. Scholten, though by a much smaller margin than typical in such a historically conservative district. The House District 4 race was more competitive this election due to Steve King’s provocative anti-immigrant remarks that resulted in criticism from members of both parties.

“I was definitely disappointed to see that King still won, but it was encouraging to see Scholten come so close,” Vermeer said.

Republican incumbent Kim Reynolds won the race for Iowa Governor after being endorsed by President Trump at a rally in Council Bluffs, Iowa, during her campaign.

Republican Paul Pate was re-elected as Secretary of State in Iowa in light of the voter identification law that he advocated for in 2017 and the elimination of straight-ticket voting in Iowa.

The Iowa State Senate was closely divided with 12 Democratic seats and 13 Republican seats.

In two years, there will be another major election. It will be interesting to see if this election sparks a continued increase in voter participation for future elections.

“Midterms matter. Voting matters. This is why it is important to get engaged, educated and to go vote, because you can make a difference,” junior Lauren Faber said.

The 2018 midterm elections have revealed just that. 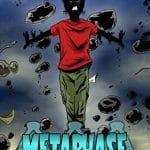 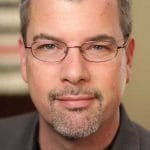