Many unique experiences are offered to students on and off campus at Northwestern, and there are many opportunities for spiritual growth.

Every winter, there are men’s and women’s retreats hosted somewhere off campus, and students are able to sign up and attend for a weekend. There are around 50 spots for each retreat and the trips usually get filled.

The retreats present an opportunity for students to return from Christmas Break and spend time bonding with their fellow students after a few weeks apart.

The men’s retreat took place Jan. 12-14 in Okoboji. The retreat consisted of a combination of messages from the main speaker, Dave Bray, individual reflection and devotion time and free time for the men to bond.

Bray focused mainly on the Gospel of Mark, concentrating on practical application for everyday faith and prayer life.

“Spiritually, I think the coolest thing I learned was just that we need to be living our spiritual life out every day faithfully and publicly,” senior Brian Follett said. “I was challenged by that idea, and I think living out my faith more publicly is something I want to make a priority in my life.”

The men on the retreat also took advantage of the frozen lake in Okoboji.

“On Saturday, some of us went to the lake and played broomball, which was probably my favorite part,” Follett said.

Resident director of Hospers Hall Michael Simmelink also attended the retreat. In particular, he hoped the guys could take away lasting memories and connections with each other from the retreat.

“The men’s retreat is a chance for like-minded dudes to gather in a place off-campus and share in an experience,” Simmelink said. “We hope and expect that relationships are formed that provide inspiration for impact in men’s lives on campus.”

The women’s retreat will be happening Jan. 19-20, at President Greg Christy’s home in Orange City. The topic of the retreat, “Brave,” was inspired by 1 Corinthians 16:13-14 which reads “Be on guard. Stand firm in the faith. Be courageous. Be strong. And do everything with love.”

“We chose ‘Brave’ as our topic in order to help empower and encourage the women of NW to be unstoppable forces for the sake of the Kingdom,” Hubbell said. “Each day the media highlights new things to fear, and obeying God is fundamentally the same thing as being shackled to a ‘dying religion.’”

Lead pastor of Living Springs Riverdal Church in Chicago Reverend Ann Bilbrew will be the main speaker for the retreat. Billbrew pastors a church in a south suburb of Chicago and works as a social worker for the Cook County court system.

The retreat will consist of sessions taught by Bilbrew, small group discussions, individual devotions and a panel with NW faculty and staff, as well as free time consisting of games and movies. 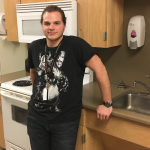 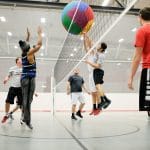