Campus dining has its ups and downs, but when given the chance to try cooking for ourselves, most of us would be afraid to strike out on our own in the kitchen. This fear does not affect Will Browning.

“I always cooked with my family when I was little,” Browning, who eventually took on much of his family’s cooking and meal planning, said. “When I left [for college], I thought, ‘What do I do with all my free time now?’”

Browning’s thoughts quickly turned to cooking as the solution, and now he frequently makes large batches of food to distribute so that students can get a taste of home cooking.

“It started freshman year. I first made cinnamon rolls in the lobby of Hospers. I had a huge table, rolled them out, and baked four hours in order to get them all cooked.”

Browning appreciated that, even during his first year, this helped him break the ice and talk with people.

“Food brings everyone together,” Browning said.

Browning’s love for cooking has grown out of family traditions, such as making a new foreign dish every Christmas. Though he has made some of those dishes here, like tamales,  Browning said they are not as easy to pull off in a dorm and they can take a lot more time. He has also treated friends to roast and fried chicken – a project which nearly resulted in a grease fire once.

“I was making fried chicken at 2 a.m. and the grease bubbled over,” Browning said.

Fortunately, he was able to keep it under control.

“The chicken was fine, and it didn’t set off the alarm, which is key. Smoke alarms are the worst,” he said.

Grease fires aren’t the only obstacle to cooking in a dorm kitchen, however.

Browning admitted that “it’s difficult, working in the [Hospers] basement kitchen. Everything is kinda spread out, there’s not really places to set things and I have to haul everything I need down the stairs.”

He does not let that stop him, though, and even if it might not be in his immediate plans, sharing his cooking is something he would like to continue to do someday.

“In the future, if I ever found the time, I would love to have a nice little restaurant,” Browning said. “I think that keeping variety in food is important, so I would have a different style of food every other day.”

Browning also had some tips for those who want to try cooking for themselves.

“Start with a recipe,” Browning said. “Start out slow and do things that are either simple or that you’re sorta familiar with.”

He admitted that it is sometimes necessary to go back to the source, saying, “I will always call my mom or my dad if I don’t know how to cook something that I know they’ve cooked before.” Browning then pointed out that no matter what, “there’s always the Caf if things go horribly wrong.”

Cooking isn’t always just about the food, either. Browning said because of that first experience as a freshman, he “got to see people, talk to people, and … break that awkward barrier.” Food does indeed bring everyone together. 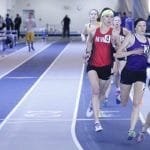 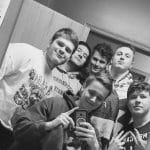