There are few things more exciting to a college student than a four-day weekend. Northwestern’s first real break in the academic schedule is coming up. Students will not have class on Oct. 15 and 16 due to fall break. Many students have already begun to anticipate the temporary freedom from classes.

While many students are making plans to travel or spend some time at home, there are certainly reasons to stay. From athletics to vocal ensembles to simply relaxing, there is something for everyone over the four-day weekend.

If students are looking for something to do on Sat. Oct. 13, they can easily fill their day with Raider athletics.

On Monday the 15th, the Benjamin Pratt Art Exhibit will be on display. NW is displaying Pratt’s minimalist paintings from Sept. 24 to Oct. 26, with the public reception with the artist planned for 6:30pm. on Thursday, Oct. 11.

Tuesday the 16th, the final day of fall break, includes something special here at NW. At 7:30pm, the Nobuntu of Zimbabwe concert will be held in Christ Chapel. Tickets are $15 for adults, $10 for students and $5 for NW students.

The Nobuntu of Zimbabwe is a female a cappella quintet from Zimbabwe. The name Nobuntu is an African concept that places value in humility, love, purpose, unity and family from a woman’s perspective. The ensemble sings a variety of styles, including traditional Zimbabwean, Afro Jazz and Gospel. The pure voices of the five women are highlighted alongside minimalist percussion as well as some dance movements.

In 2015, the ensemble was nominated for Best Musician of the Year at the Zimbabwe International Women awards, held in London. They have released two albums, the second of which has brought them to North America for the first time.

Lizzy Johnston, a junior public relations major, recalls fondly the time last year when she spent a break on campus, saying, “It’s fun to stay. It’s really relaxing because there is no homework to do, so you can spend time doing what you want to do. Honestly, it was one of the best breaks of my life!”

Moriah Wittenberg, sophomore RA in Fern Smith Hall, says there will be a dorm event for the women of Fern. Because details are still being worked out, the plans will be announced at a later date.

For anyone staying on campus over break, Wittenberg has some suggestions of things to do. “Town Square is a super fun place! If you have not been there yet, you should definitely check it out. It’s also fun to go see a movie with some friends,” Wittenberg said. “You can also go for a walk on the Puddle Jumper.” 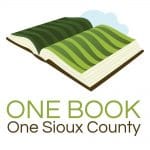