Matt Dowell is a senior on the Northwestern wrestling team that is currently ranked 14th in NAIA. He is coming off a successful season in which he qualified for nationals and was selected as an NAIA Scholar Athlete.
This year, he is a team captain, and is partially in charge of helping a young team get acclimated to college level wrestling. Dowell has liked almost everything  he has seen from the freshmen so far.
“Besides needing some dance lessons, they have been doing really well. They are eager,” Dowell said.
Apart from an apparent lack of skills on the dance floor, the Raiders have a lot to look forward to this season. NW has several senior grapplers ranked to begin the season. Dowell (141 lbs-7th), Josiah Simburger (141 lbs-11th), David Carter (184 lbs-10th), and two-time All-American Nic Leither (197 lbs-4th) will look to be big point winners for NW. Leither returns after missing last season.
Last year, the Raiders sent five wrestlers to the national tournament. One of the biggest goals for the team is to expand upon that this season.
“[We want to be] GPAC champions,” Dowell said. “[We want] 12 national qualifiers, and five All-Americans. Dual meet wins will definitely increase.” Winning the GPAC will not be an easy task this season, as No. 6 Midland, No. 10 Morningside and No. 17 Concordia will prove tough tests for NW.
“Words do not describe how much I would love to beat Midland,” Dowell said.
The Raiders should be able to accomplish this and more if all the wrestlers enter the season with the same mindset as Dowell. His best match last year, he said, was actually a loss.
“I lost one of my matches at the tournament,” Dowell said. “It was a really painful match to lose, and I’ve been training so I don’t feel that way again.”
The Raiders open up their season this weekend against both York and NCAA Div. II Wayne State. 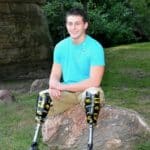