“My Policeman” is a new movie that was released on Oct. 21, to select theaters, and on Amazon Prime on Nov. 4. This story is a beautifully crafted story of forbidden love and the changing of social norms in Britain in the 1950s. This movie has been highly anticipated because of the cast, starring Harry Styles  and Emma Corrin. So is this movie actually good, or is it just praised because of the highly known cast?

This movie is about Tom,  a policeman that falls in love with a schoolteacher named Marion on the Brighton coast.  However, he soon realizes, through his interest in art, that he has fallen in love with a museum curator named Patrick.  This movie is based off of the novel by Bethan Roberts, and is a highly decorated book, but the movie is somewhat lacking the luster I expected from such a highly anticipated movie.

It is clear in the film that Styles is trying to find his place in the cinematic field and in the movie industry. While the performances of the actors were all decent, the lackluster elements of the movie were what struck me.

The cinematography in this movie was rather good, and I really liked how the movie jumps between the past and the now with how mistakes can truly ruin your life.  However, with such a captivating subject of LGBT+ rights and issues, I was struck by how boring the movie was.

The whole movie is based on this love triangle of Marion, Patrick and Tom, but instead of Tom and Patrick fighting over Marion. Marion and Patrick are fighting over Tom, thus the title, “My Policeman.”  Eventually, Marion and Tom get married, but this doesn’t end the love triangle because Tom and Patrick are still romantically involved. This, of course, is very wrong and Marion seeks revenge in one of the worst ways. Patrick ends up having a stroke and being bed-ridden in Tom and Marion’s home, which causes more tension between the two of them.

The movie ends with a nice resolution, but I think that part of this movie that was disappointing to me was the underdevelopment of the characters and the surface-level queer representation.  Even the main characters are more underdeveloped than they were in the book, which leaves the audience feeling more disappointed than satisfied with the ending. Marion is the one who tells the story of Patrick and Tom’s love story in correlation with her own ideas and some ideas from Patrick’s diary. This seems to be a recipe for disaster because she is bitter at Patrick for stealing her man, and also she is a straight woman who does not understand her husband’s sexuality.  The actors, however, did a decent job with the script that they were given. 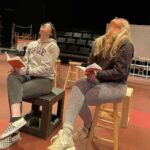 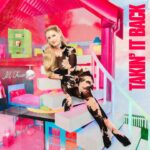