One of social media’s newest audios, “Made You Look,” was on Meghan Trainor’s new album “Takin’ it Back” that was released on Oct. 21. As her fifth studio album, Trainor enlisted the help of a couple of artists like Natti Natasha, Arturo Sandoval, Theron Theron, Teddy Swims and Pentatonix’s Scott Hoying.

Following close to her career’s theme, “Takin’ it Back” focuses on womanhood, empowerment and positive self and body images. The album’s overall sound showcases the 1950s doo-wop sound associated with Teen Angel from “Grease” encouraging you to dropout of beauty school, the ‘70s roller derby disco vibes that makes one want to roller skate with Dr. Doof and yell, “I am a superstar!”, and a bubbly pizazz that utilizes brass and bass.

“Made You Look,” “Don’t I Make It Look Easy,” and “Shook” all talk about the idea that Trainor is working with what she has and trying to be confident in who she is. “Don’t I Make It Look Easy” explains that while she is trying to embrace herself, Trainor also struggles with comparison and other people’s opinions. Although she has the convictions of being a woman boss while wearing expensive items of clothing or nothing at all, Trainor states in the song that she is fooling everyone because inside she is just as insecure and messy as anyone. As the song titles suggest, Trainor encourages the listener to be confident in who they are just as she is trying to be, whether that be in appearance, emotional vulnerability or physical capabilities.

Trainor has always been honest about how she views herself and the body image issues she struggles with. However, her song “Superwoman” outlines that she also struggles with separating what’s expected of her or her ambitions professionally and personally to what she can actually do. Trainor states in the song that she cannot do it all and that her own villain is herself. This idea is relatable to anyone who has struggled with placing too much responsibility on themselves and end up suffering from the burden of it all.

Another song where Trainor is very honest about her life is “Remind Me.” This song speaks to the very real fact that everyone needs to be reminded of their worth and potential from someone they love. It mainly talks about how sometimes when life is crazy and emotions take over, the solution to our problems is found within ourselves and the support system we have.

Many artists have been speaking out about familial relationships or friendships and the toxicity that may exist there. Trainor adds “Bad For Me” and “Sensitive” to this list. Trainor and Teddy Swim, who is featured on “Bad For Me,” create a powerful message that creates a beautiful balance of Trainor’s tone and Swim’s powerful voice, adding some soul and perspective to the narrative. Trainor’s lyrics specifically talk about how “blood” relationships or the people who are supposed to be the closest to us are not always able to respect or honor us.

“Sensitive” talks about how being kind and sensitive are not weaknesses, especially if someone lies to or manipulates another. What is powerful about these songs is that Trainor does not drag these individuals in the mud but acknowledges that sometimes, people make excuses or do more harm than good even if their intentions are formed out of love. In “Bad For Me” and “Sensitive” Trainor affirms that it is ok to draw necessary boundaries out of respect for yourself or out of love for the offender.

Overall, “Takin’ It Back” emphasizes positive body and self image, and healthy, positive relationships through a mix of slow and upbeat retro sounding songs. As one of the last songs on the album, “While You’re Young” stresses the importance of taking advantage of every opportunity and making the most of it because “life goes on” so “don’t worry your life away before it’s gone.” In reference to Trainor’s other songs on this album, the idea can be ensured by loving yourself just as you are and drawing close to those who help shape you into your best version. 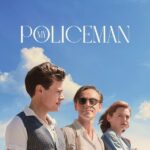 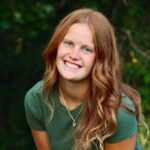