In the film world, summer 2018 was the summer of sequels. Starting in May and continuing through August, several films released that were the second, third or in the case of Mission Impossible: Fallout, the sixth addition to a film franchise. Three notable sequels released — ‘The Incredibles 2,’ ‘Jurassic World: Fallen Kingdom’, and ‘Mama Mia! Here We Go Again’ — were highly anticipated by audiences and generated a lot of buzz throughout the summer.

Since the release of Disney’s, ‘The Incredibles’ in the fall of 2004, viewers have been impatiently waiting for a sequel to the animated film about a family of undercover superheroes. The ‘Incredibles 2’ was finally released June 15, 14 years later, picking up right at the cliff-hanger ending of the first film. This sequel flips traditional gender roles when Helen Parr (aka Elastigirl) is assigned to a mission instead of her husband, Bob Parr/Mr. Incredible, who becomes the stay-at-home parent. Working alongside two siblings running a telecommunications company, Elastigirl’s mission is to boost the public’s perception of superheroes and try to make them legal once again. She eventually must confront a mind controlling villain, Screenslaver, leading to the need for the entire Parr family to break out their super powers and work together to defeat Screenslaver. ‘Incredibles 2’ was met with praise from both critics and audiences, with a 93 percent score on Rotten Tomatoes and an 8.1/10 on IMDb.

‘Jurassic World: Fallen Kingdom’ had a quick turnaround from the release of ‘Jurassic World’ in 2015. The sequel takes place three years after the dinosaur theme park was destroyed and follows Owen (Chris Pratt) and Claire (Bryce Dallas Howard) as they return to Isla Nublar to save surviving dinosaurs from extinction. Things suddenly turn deadly as their team of dino-catchers turns on them, leaving Claire and Owen to uncover a conspiracy plot exploiting the dinosaurs they are trying to save. This sequel was less popular than its predecessor, and received a 49 percent on Rotten Tomatoes, as compared to the 71 percent of ‘Jurassic World.’

Audiences who ever questioned the vague back story presented in the diary of Meryl Streep’s character in the film ‘Mama Mia’ received answers in the sequel ‘Mama Mia! Here We Go Again.’ The film splits time between following post-college graduate Donna (Lily James) on her adventures throughout Europe in the 1970s, and Donna’s daughter, Sophie (Amanda Seyfried), in the present day. This sequel answers the main burning question of the first film: How did Donna meet Harry, Bill, and Sam? Donna’s stories of falling in love, having a few one-night stands, and performing with her girl band is told with plenty of musical numbers. Meanwhile, Sophie is busy on the Greek island of Kalokairi, preparing the island’s hotel for a grand reopening in honor of Donna. However, dealing with grief after the loss of her mother, problems with her significant other, Sky (Dominic Cooper), and severe weather threaten the entire reopening. If you are worried about the lack of Meryl in this film, don’t worry — she sings one fabulous and very emotional musical number, then turns into a dancing queen during the credits. This sequel scored higher than the first film, earning an 80 percent on Rotten Tomatoes. Fans gave it a 7.2/10 on IMDb. 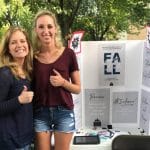