When I received an email in early August that said I would be unable to punch a hole in my ID card, I was immediately dismayed, and I’m sure I was not the only one. I mean, how else was I supposed to attach my card to my lanyard and still be able to swipe it to enter buildings?

Of course, there were obvious solutions to this problem, but I was sure it was nothing as simple as just punching a hole in the corner of my card (which could even conveniently cover my freshman ID picture at least a little bit). However, once I got to campus and learned they had updated the entire ID system from the old mag strips to the fancy, high-tech proximity chips, I was much less frustrated. A quick Amazon purchase even solved my ID-carrying problem. Another fun bonus soon revealed itself as my friend Kit realized he could beep himself into the dorm buildings simply by leaving his wallet-stored ID card in the pocket of his cargo pants, and hip-checking the card reader until it beeped and turned green.

This enjoyment of our fancy new IDs lasted only a few days, however, as we soon realized all the ID cards would need to be reprinted. Cue a hassle-filled couple of weeks while everyone’s IDs were deactivated and remade. How an entire campus’s IDs were all printed incorrectly, I will never understand. I mean, how did they not realize the cards didn’t work correctly before they had printed an entire campus’s?

Even more confusion came when some people’s original IDs worked, and their new ones did not. The most frustrating moment for me came when I was returning to my dorm late one Friday and found myself unable to get inside the front doors of Steg because my ID had been deactivated without my knowledge. While this situation was probably rare and easily avoidable, I was still frustrated with the whole ID card problem, as well as stranded while I waited for help.

The problem of waiting to get into the dorm buildings was all too familiar, as I often struggled to swipe my old ID card the correct way last year. I don’t know if anyone else had this problem, but there were definitely times where I had to swipe my card three or four times in order get it to read the correct way.

However, despite the initial struggle caused by my scramble for a new way of carrying my ID and the pain of the mass printing problem, I actually quite enjoy the new cards. For one, I feel a little like a high-profile government agent when I just flash my card at the card reader to get inside the dorm buildings. Unlike last year, we don’t even need to free up an entire hand in order to swipe our cards, we can simply hold our homework-laden arms and ID in front of the reader until it beeps. And I even have to admit that my new ID card holder will work much better than my broken and re-taped hole punch from last year.

Gone are the days of re-swiping our IDs three times because they won’t read right, the days of accidentally swiping through the plaster of the wall underneath the card reader and the days of touchy, worn down mag strips on the back of the cards. Though I think everyone can agree that the cards were initially quite a hassle, I for one, am very pleased with this change to our campus security system, and so far I have found it to be quite a practical and innovative update. 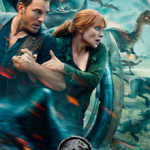 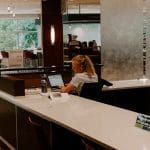